Development strategy for police reformEuropean-style Police Force: Strategy for ReformOn Police ReformWhat is next?The main threat is in ourselvesPrisoners’ rights to health protection and medical care in 2014-2021: KHPG reportPrisoners’ rights in Ukraine 2014-2021: KHPG reportFirst Berkut police jailed for involvement in savage dispersal of Maidan activists The Bill on SBU is unacceptable, it should be buried «Justice being taken away, then, what are kingdoms but great robberies?»Ukraine’s most malicious miscarriages of justiceProtests throughout Ukraine following 7-year sentence against civic activist Serhiy SternenkoSo what will “New SBU” be?What is wrong with the bill on SBU?2020: There was no worse year in the realm of human rights after the Revolution of DignityNational monitoring of unlawful violence in police in Ukraine in 2020. SummaryOpinion on the political motives of criminal persecution and violation of human rights in the case of Sergiy PashinskyViktor Lozinsky, the ex-MP convicted of murder, wins in local elections in UkraineПраво на охорону здоров’я у в’язницях протягом пандемії COVID-19Kyrgyzstan: Human Rights Defender Azimjon Askarov Dies in Prison
• Topics / Law enforcement agencies 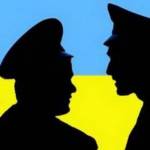 According to Oleh Martynenko, head of CLEAR, this is a vital step.  “For the first time in the last 17 years a conceptual normative act has been adopted on police reform, and one that was drawn up by the human rights community!”.  It’s work ahead for us all, he adds.

That Ukraine’s law enforcement system is in urgent need of far-reaching reform does not need to be proven.  The situation was in every way worsened under the presidency of Viktor Yanukovych, culminating in the collaboration between police and ‘titushki’ or government-hired thugs in crushing peaceful protest during EuroMaidan and the deployment of special unit Berkut snipers who gunned down protesters in February 2014.  Most of the features that enabled such degradation of the law enforcement system began much earlier.  The authors of the Development Strategy point out that by the end of EuroMaidan, a survey carried out by the Academy of Sciences’ Institute of Sociology found that trust in the police had fallen to 0.8 %.  This was not, however, as steep a fall as it might sound with trust before EuroMaidan between 3 and 5%.

The entire system is in need of a major overhaul. The key changes needed are seen in the reform goals set out in the Development Strategy.

At present the staffing level of the Interior Ministry is nearly double that recommended as optimum by the UN.  The system is slow and unwieldy, with many functions duplicated.

The problems making these two goals so crucial have always overlapped, but the situation became critical under the Yanukovych administration where top posts in all oblasts were given to people from Yanukovych’s own Donetsk oblast.  The overt use of police for political ends began in 2010.  Traffic police, for example, were frequently used to prevent protesters or even, on one occasion,  believers from the Orthodox Church of the Kyiv Patriarchate reaching Kyiv.   They were also increasingly used in large numbers to forcibly disperse peaceful protest.  All of this reached its tragic peak during EuroMaidan.

The authors stress that the police must answer before the law, not to politicians.  Obviously the more transparent the system, the easier it is to monitor any illegitimate pressure brought to bear on law enforcement bodies.

Openness to public scrutiny and monitoring is vital.

Cooperation with the public

A major factor in improving the work of the police and public confidence in them proper recruitment with criteria and procedure both needing careful work.  There also need to be proper incentives for police personnel, with benefits, etc.

The authors of the Development Strategy make initial proposals for achieving these goals.

They envisage the process continuing through 2018.   2015/16 will be needed for legislative measures to implement the reforms, as well as pilot schemes for many of the proposed changes.  Important initiatives will be taken on developing public monitoring, as well as greater cooperation between the police and public through neighbourhood watch schemes, work with vulnerable groups, etc.