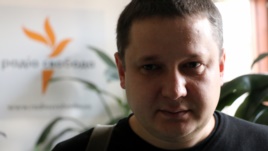 The Committee of Voters of Ukraine [CVU] is planning to ask the Central Election Commission [CEC] to declare the elections in the Kirovohrad oblast No. 102 single mandate constituency invalid.  With counting not yet at an end, former secretary of the Kyiv City Council Oles Dovhy is in the lead.

, there was widespread “vote-buying; banditry; pressure on members of the election commission and observers”. CVU considers that these infringements influenced the result.

CVU also considers the results of the elections in a number of single mandate constituencies in the Donetsk oblast to be dubious and specifically point out No. 45 where Yukhim Zvyahilsky is in the lead.

Koshel explains that in this particular constituency, voting only took place in four polling stations, and there were bomb alarms at each.  CVU is, however, unable to make a more definite assessment since it did not send observers to areas where there was heightened risk of artillery shelling.