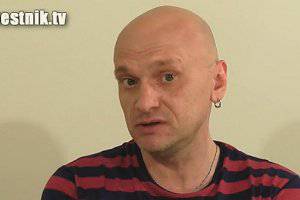 Theatre and cinema actor Alexei Devotchenko was found on Wednesday in his flat, lying in a pool of blood.  At the moment it is known only that he did not die of natural causes.

Devotchenko played in television serials and films, but was also known for his active civic position.  He was a member of the United Civic Front in St Petersburg during the 2000s, and took part in many opposition protests.  In 2010 he signed an appeal calling on Vladimir Putin to leave, and in 2011 rejected two state prizes and status of recognized actor.  In March 2014 he was one of the signatories of a letter from the Cinema Union “We’re with you” in support of the Revolution of Dignity in Ukraine. He was involved in the Congress of the Intelligentsia ‘Against the War with Ukraine and Propaganda Hysteria’, in the March for Truth for Media Freedom and Against Propaganda.