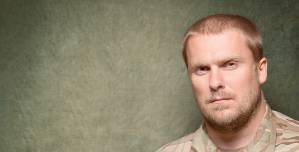 In times of war the public may well vote for candidates distinguished by courage and self-sacrifice, regardless of their political views or experience.  It is unacceptable for the Interior Minister to base an important police appointment on similar criteria.  The recent appointment as Kyiv regional police head of Vadim Troyan, deputy commander of the Azov battalion and member of a neo-Nazi organization, was a serious and dangerous mistake.

The Azov Battalion, made up of volunteers under Andriy Biletsky and Vadim Troyan, has defended Ukraine since the first days of the fighting in Donbas.  In announcing Troyan’s appointment, Interior Minister Arsen Avakov asserted that Troyan had “in conditions of conflict proven his right to the public’s TRUST.”

As a soldier and patriot, defending his country, liberating and then defending Mariupol against Russian soldiers, this is surely true. Avakov, however, is appointing a senior police official, and here his claim must be disputed.  So too should be his attempt to present Troyan’s appointment as linked to “the spirit and meaning of the police reform” which entails staffing changes in the police.

This process was supposed to be carried out in consultation with civic associations and after the public were given an opportunity to express their views.

Had this procedure been followed, it is inconceivable that the Interior Minister would have appointed the 35-year-old leading member of  ‘Patriot of Ukraine’, an organization classified by authoritative researcher Viacheslav Likhachev as neo-Nazi.

Likhachev has pointed to two major reasons for concern about this appointment: his involvement in ‘Patriot of Ukraine’ and alleged implication in violent seizures of newspaper kiosks.

Troyan, he asserts, was “during the second half of the 2000s one of the key activists and members of the neo-Nazi ‘Patriot of Ukraine’ organization.  Since current membership now appears to be denied, it should be noted that Troyan stood for parliament this year as a member of the People’s Front.  He is described on their site as being a member of ‘Patriot of Ukraine’.

Political views cease to be an individual’s personal business where they can seriously impinge upon others’ rights and breed intolerance.  This applies fully to ‘Patriot of Ukraine’ in the form that emerged from 2005 in Kharkiv.  The paramilitary organization espoused xenophobic and neo-Nazi ideas, and was engaged in violent attacks against migrants, foreign students in Kharkiv and those opposing its views.

Likhachev also believes that activists from ‘Patriot of Ukraine’ were involved in violent seizures of newspaper kiosks in Kharkiv and points to suggestions of questionable links between Avakov and the firm which Troyan worked for over a number of years, which also appears to be connected with another supporter of ‘Patriot of Ukraine’.

The allegations are based on other allegations and, at least with respect to Troyan, cannot be said to have been proven.  They are mentioned here only because they have already been noted in Ukrainian and Russian media.  They are unlikely to go away and will probably raise questions, justified or not, about those defending this appointment.

If Troyan was not a member of ‘Patriot of Ukraine’ in late October 2014, why did he allow the People’s Front to call him a member?  Why on Nov 1 did WotanJugend which cannot be suspected of opposition to social nationalism welcome the appointment reminding its readers that most of the Azov command, including Troyan, are members of ‘Patriot of Ukraine’?

The Azov Battalion has attracted a great deal of attention because of the involvement, at least at command level, of people with neo-Nazi views and the controversial symbols, including the wolf’s hook, which its members wear.

With Ukraine facing unprecedented aggression from Russia, and with the men of the battalion risking and many sacrificing their lives defending their country, any comments about political ideology have seemed  totally inappropriate.  How do you tell a man who could be dead tomorrow that you just don’t like his ideology?

It is clear from Avakov’s comments about Troyan that the latter’s role in Azov was a major factor in his appointment in the police force and this is a different matter.

Avakov claims that the appointment is in the spirit of the reform of the police service.   It is nothing of the sort. Not only was there no openness and public discussion before the appointment, but there is now concealment of Troyan’s views.

‘Patriot of Ukraine’ is not a banned organization, and membership in it is quite legal.  Involvement in an organization which espouses xenophobic and neo-Nazi views must however be taken into account when determining suitability for managerial posts in the police force.

Troyan’s appointment will not be understood by those Ukrainians and people living in Ukraine who have experienced intolerance and violence from members of ‘Patriot of Ukraine’.  It is also a slap in the face for those who have struggled throughout EuroMaidan and beyond for Ukraine’s European choice.