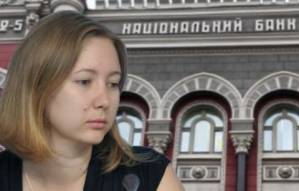 Both the Law passed by Ukraine’s legislators on a ‘free economic zone in the Crimea’ and now a decision by Ukraine’s National Bank discriminate against citizens of Ukraine on the basis of Crimean registration.  Those Ukrainians registered as living in the Crimea face restrictions that other Ukrainians do not.  Olha Skrypnyk, head of the Crimean Field Mission on Human Rights slams this as overt discrimination.

Although the Law ‘on occupied territory’ does not accept the Russian citizenship ‘automatically’ foisted on Ukrainian citizens in the Crimea the Law on the free economic zone states that the right to social guarantees and guaranteed contributions applies only to Ukrainian citizens who are not at the same time citizens of the occupying country.

Skrypnyk says that Crimeans have effectively been made non-residents of their own country.  If Crimeans want to open a bank account, Ukrainian banks demand confirmation of their origin.  There are problems with getting other financial services and all accounts of legal entities registered in the Crimea are, in accordance with the National Bank’s decision, closed, with businesspeople unable to do business.

Yes, Skrypnyk says, you can re-register a business at an address in mainland Ukraine, however the system thought up by officials is for the latter’s convenience only and doesn’t work.   Reregistration of individual entrepreneurs or legal entities has, through a Justice Ministry order been spread out over three oblasts regardless of where a person or entity is actually placed.

The National Bank’s Decision No. 699 banned any loan or deposit operations in Russian roubles and obliges Ukrainian banks to close the accounts of legal entities in the Crimea opened before the Crimea was declared a ‘free economic zone’.

More details about the highly controversial law on a free economic zone in the Crimea at: A Legislative Stab in the Back for Crimeans