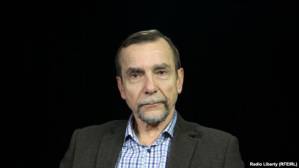 Russia’s Justice Ministry has begun an unscheduled ‘check’ of one of Russia’s most well-known organizations, ‘For Human Rights’.  Since it comes only two months after a scheduled check was carried out without any infringements being noticed, concern about the motives for this latest search seems justified.

According to the organization’s director Lev Ponomarev, the check as to whether the rights organization should be forcibly labelled a ‘foreign agent’ was asked for by the Prosecutor General’s Office.  It began last week and should end on Nov 24.

Ponomarev reports that the organization’s last foreign grant ended in December 2013 and there are no grounds for calling it a ‘foreign agent’.

Another organization – Memorial – which has also annoyed the Kremlin on countless occasions appears to have avoided being closed down.  There was international outcry on the news that a court hearing had been announced for Nov 13 to consider an application to close this highly-renowned organization, called by many ‘the conscience of Russia’.   This was likely the reason that a compromise appears to have been reached, however the nature of the accusations and the fact that the notorious TV NTV was pulled in to present slanderous charges indicates the lengths the current regime will go to silence inconvenient voices (see: Kremlin plays ‘extremist’ card against ’Memorial’ rights organization )..

148 Russian and international NGOs, including Amnesty International, recently signed an open letter to Putin demanding that the law ‘on foreign agents’ be revoked.  The letter and 6 pages of signatures were accepted by the President’s Administration, but it remains to be seen if there is any real response.   Like loose anti-‘extremism’ legislation, the ‘foreign agent’ law is all too useful for intimidating and weakening voices of protest, including against Russia’s undeclared war on Ukraine.