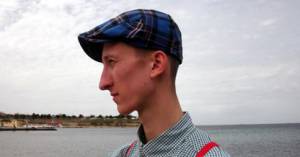 Oleksandr [Sasha] Kolchenko is about to turn 25 in Russian detention.  Please help pass birthday greetings to him and a clear message to one of Russia’s Crimean political prisoners - and to Moscow – that he is not forgotten!

Pictures of Sasha’s native Crimea can be found here.   Please choose one and post it to any social network page that you have with the hashtag #freekolchenko and your greetings.  There is a short model letter here, but feel free to write your own.  The letters are doubtless censored, and also need to be translated into Russian for the prison guards, so brief and uncontroversial would be best.  The fact that you are greeting Sasha Kolchenko is the most important message!

Happy Birthday Sasha!  I wish you happiness, strength and, above all, freedom!

You can also send birthday wishes or simply letters to:

He should still receive letters in English, but they will take longer, and please remember that they will be read. 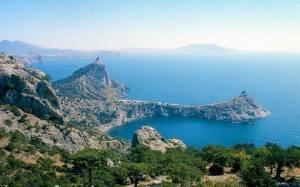 Both Kolchenko and world-known Ukrainian film director Oleg Sentsov took part from the outset in peaceful protest to Russia’s annexation of their native Crimea.  Both were arrested in May and have been charged with a ‘Right Sector’ terrorist plot.

Having so demonized this far-right nationalist party which has now gained pitiful results in both presidential and parliamentary elections, it was foreseeable that Russia’s FSB [Security Service] would seek to concoct a Right Sector ‘plot’.  It was less predictable and extremely disturbing that they should have shown so little concern for credibility.

Kolchenko is a well-known left-wing anarchist who would have nothing to do with Right Sector.  39-year-old Sentsov has been gaining an international reputation for his films and is also a solo father with two young children. He had no links at all with Right Sector, but was a strong supporter of the EuroMaidan movement.

They and two other Crimean opponents of Russia’s annexation of the Crimea – Gennady Afanasyev and Oleksy Chirniy – have been accused of a plot to commit terrorist acts and destroy infrastructure on May 9, Victory Day.

No terrorist acts took place which undermines the FSB allegations even further since all men were arrested after they were supposed to have taken place.

The only ‘evidence’ in the case is ‘confessions’ obtained from Afanasyev and Chirniy when they were held in detention in Simferopol without access to lawyers and family.  Both Kolchenko and Sentsov have repeatedly asserted that they were tortured and threatened with more serious charges if they did not ‘confess’ and testify against EuroMaidan and the Ukrainian government.   They refused and Sentsov has indeed been accused of ‘masterminding’ a bizarre ‘plot’ to commit acts of terrorism that never happened.

Kolchenko was arrested on May 16 and soon taken to Russia.  He regrets that his first exposure to Russia should be the four walls of the Lefortovo SIZO or remand prison.  And expresses gratitude to all of those writing to him in SIZO, calling this a “great joy and moral support”.  He misses the Crimea terribly.

With respect to the charges against them, Kolchenko believes that Russia needed the ‘Right Sector’ in the Crimea to try to justify its annexation of the peninsula.  That, he says, is why they are claiming that the four men were connected to Right Sector, and reiterates that he has no connection at all with the organization.