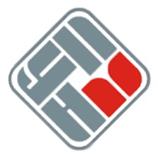 Kyiv Independent Media Union points out that it is a city branch of NMPU and like other branches, does not have its own website.  All official information is posted on the NMPU site.

The fake site is registered in the name of Yury Lukanov, the head of NMPU, however the latter was baffled when he learned of his supposed involvement in the site.  Despite his report of the deception, the registrar of domains nic.ua has refused to close down the resource, and instead advised Lukanov to take the matter to court. Lukanov believes that the fake site could be used in the information war against Ukraine.

NMPU also considers that manipulative articles in the Russian newspaper ‘Zavtra’ apparently by somebody called Andriy Yanitsky can be seen as an attempt to discredit the union.  Andriy Yanitsky is the deputy head of NMPU and the economic editor for the LB.ua website. He says that if this is not a coincidence and there just happens to be a person with an identical name, then it is likely to be a political ploy aimed at discrediting him.

The chief editor of ‘Zavtra’ is Alexander Prokhanov, the Russian politician and writer known for what NMPU calls his “anti-Ukrainian position”.

Last year a site aping Ukrainska Pravda’s design, etc. but called ‘Ukrainska Kryvda’ [Ukrainian harm instead of Ukrainian Truth as in the real site] was created, together with a printed version.  Recently two clones have appeared – in Russia and in Sevastopol [the Crimea] copying Ukrinform.

NMPU calls on journalists to carry out an investigation into the latest fakes in order to ascertain who is behind the fake site registered under Lukanov’s name, and who is really writing the articles on Zavtra.