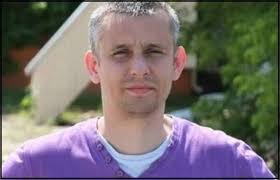 Civic activists are outraged over the decision to hold the latest court hearing in the case against one of the men charged over the murder of journalist Viacheslav Veremiy behind closed doors.  Lawyers representing the widow of the 34-year-old journalist killed in the early hours of Feb 19 have demanded the removal of Shevchenkivsk District Court Judge Oleh Linnyk.

At the hearing on Dec 18, the court asked journalists and activists from the nationalist organization ‘Right Sector’ to leave.  Taras Hatalyak, who coordinates an initiate for lawyers representing the families of people killed during the EuroMaidan protests, is adamant that the entire trial should be open.  This is the first trial over the killings and he is concerned over the attempt to conceal the many “dark spots” under the mask of a closed court hearing.

The lawyers representing Veremiy’s family say that they want to reveal the link between the law enforcement system and the ‘titushki’ or government-paid thugs believed responsible for Veremiy’s murder.

The investigators believe that five men were involved in the killing of the journalist from the Vesti newspaper.   The man on trial, Yury Krysin is accused of having beaten Veremiy with a bat, but a man now in hiding is suspected of having shot and killed him.  The police are now refusing to name the latter suspect, although he is widely reported in the media to be Dzalal Aliev, nicknamed Dima Dagestanets.

41-year-old Krysin was arrested in April and charged with ‘hooliganism’.  He faces a term of between 3 and 7 years imprisonment. The media report that he was in charge of titushki while claiming to provide security services.

He was released from custody [first in SIZO, or pre-trial detention centre, then house arrest] on Oct 15 by the same Shevchenkivsk Court.  That decision, as well as the prosecution’s application and court’s agreement to hold the session behind closed doors angered Veremiy’s family and others following the investigation. Krysin has admitted his role in the attack on the journalist and is charged only with ‘hooliganism by a group involving the inflicting of bodily injuries’.  Vitaly Titych who is representing Veremiy’s mother suspects that Krysin could be implicated in other crimes against EuroMaidan supporters, and is convinced that the charges should be changed. ‘Hooliganism’ does not encompass crucial features of the case, namely, the level of violence and the fact that it was for money.

The term ‘titushki’ for paid government thugs originated back in May 2013 after the name of one of the body-building thugs who beat Channel 5 journalist Olha Snytsarchuk and her husband Vlad Sodel.

Their deployment during EuroMaidan was on a much wider scale and more sinister, with titushki used to abduct people, beat them up and in a few cases kill them.  There is strong evidence of their close cooperation with Berkut riot police and it is also believed that titushki sometimes pretended to be EuroMaidan protesters and then attacking or causing trouble.  In the video here, for example, a Maidan defender appears to have been shot by one of the titushki  https://facebook.com/photo.php?v=10203429093993614

Titushki worked closely with Berkut officers and the authorities in Dnipropetrovsk, Zaporizhya, Cherkasy and other cities.  The video here https://youtube.com/watch?v=HRtBJNYwUIw#t=21 shows titushki collecting shields and weapons from inside the Dnipropetrovsk administration.

Titushki were responsible for beating up journalists and civic activists on a number of occasions.

Viacheslav Veremiy was returning by taxi together with Alexei Lymarenko, an IT specialist from his newspaper, Vesti.ua, at around 1 a.m. on Wednesday Feb 19.  When the car stopped at traffic lights in the centre, some masked titushki with batons and weapons began shaking the car and hurling Molotov cocktails into it.  The men were dragged out, beaten and Veremiy shot in the chest.