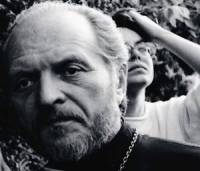 Gleb Yakunin, priest, defender of freedom of conscience and other human rights,  former Soviet dissident and political prisoner, has died in Moscow.  He was 80.

Gleb Yakunin was born on March 4 1934 in Moscow.  After initially studying biology, he became a Christian under the influence of Father Alexander Men, and began the Moscow Seminary, but was expelled before he completed the course.  He became a priest in the Russian Orthodox Church in 1962, but was to be a dissident voice in this Church, and after researching and revealing the degree of KGB infiltration of the Church, was first defrocked, and then excommunicated.  His research found, among other things, considerable evidence that the present Patriach Kyrill and his predecessor, Alexei, were KGB operatives.

On Dec 30, 1976 he founded the Christian Committee for the Defence of the Rights of Believers in the USSR.   Gleb Yakunin was arrested on Nov 1 1979 and sentenced to 5 years harsh regime labour camp for so-called ‘anti-Soviet agitation and propaganda’.

He was released with the last Soviet political prisoners under Mikhail Gorbachev in 1987 and reinstated as a priest.   He was elected to parliament in 1990 and played an active part in adoption of a law on freedom of conscience, and ensuring the reinstatement of many monasteries and churches closed in the Soviet regime.  His work on a commission investigating and revealing the cooperation between certain leaders of the Moscow Patriarchate and the KGB led to him being defrocked in 1993.  He was accepted as priest in the Orthodox Church of the Kyiv Patriarchate, then later was instrumental in the creation of the Apostolic Orthodox Church.

He was a member of the Moscow Helsinki Group and one of the few over whom the regime had no ultimate power.  His voice always sounded out in defence of those suffering harassment or persecution.