Kremlin’s Fear of Maidan: Detentions at EuroMaidan film in support of Oleg Sentsov 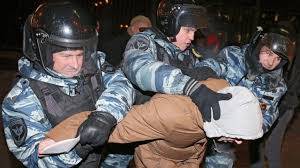 The Russian human rights monitor OVDinfo.com reported late on Tuesday evening that three men had been detained and that a search was underway of Teatr.Doc in Moscow where a film about Ukraine’s Maidan revolution was shown this evening.  The film by the Babylon 13 studio is entitled “Stronger than Weapons” and was shown in support of renowned Ukrainian film director and currently Russian political prisoner, Oleg Sentsov.

Reports are mixed with respect to the search.  Radio Svoboda reports only that the police tried to disrupt the showing by claiming that there had been a bomb alert, while at the same time refusing to let anybody leave.

However three people were certainly detained, and released close to morning.  They were film director Vladislav Lisovsky, playwright Maxim Kurochkin and artist Stanislav Gubin.  After their release, Lisovsky told OVDinfo that the police had wanted to know what they were doing in the theatre. They were told the officers that they were there for a film showing organized as a demonstration of solidarity with Oleg Sentsov about EuroMaidan.  No charges were laid, however various personal items were taken away, including Lisovksy’s laptop and these have not been returned. 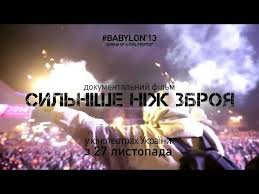 It is no accident that these detentions are coinciding with the mass arrests in Moscow and St Petersburg of Russians peacefully protesting against the conviction on Tuesday of Alexei and Oleg Navalny on trumped-up charges.  As reported here, the court hearing was suddenly brought forward to in an obvious attempt to forestall the major protests scheduled for Jan 15.  The regime under Vladimir Putin has now demonstrated that it is ready to take relatives of its political opponents hostage with leading opposition figure and anti-corruption blogger Alexei Navalny avoiding a full custodial sentence while his brother Oleg has been sentenced to 3 years imprisonment.  By only announcing the new date on which verdict would be announced the day before, the authorities were able to say that the protests were unsanctioned and OMON riot people were deployed throughout the day setting up cordons, blocking metro stations and, of course, arresting people. Acording to OVDinfo, around 255 were detained in Moscow alone, with around 70 held in detention overnight.

Oleg Sentsov and left-wing civic activist Oleksandr Kolchenko have been in Russian detention since May 2014, together with two other known opponents of Russia’s invasion and annexation of the Crimea – Gennady Afanasyev and Oleksy Chirny.  Sentsov – a 38-year-old solo father bringing up two small children, while also building an international reputation as film director, has been charged with masterminding a ‘Right Sector terrorist plot’.  Sentsov was an active participant in the EuroMaidan movement and opposes Russia’s occupation of his native Crimea, but has no links at all with Right Sector. Nor does Kolchenko whose political views would preclude any cooperation with this right-wing and ultra-nationalist party.

There were no terrorist acts (aside from two Molotov cocktails hurled at different buildings back in April, for which a plot would hardly be required.)

There is no evidence against Sentsov and Kolchenko (or any of the defendants), only the ‘confessions’ of the other two men which appear to have been ‘given’  while Afanasyev and Chirny were held in detention in Simferopol without access to lawyers or their families.  The Russian authorities have refused to properly investigate the allegations made by both Sentsov and Kolchenko that they were subjected to torture at that time in an attempt to make them confess.  Sentsov stated on Dec 26 in court that the investigators are deliberately pretending that he was arrested on May 11, a full day after his actual arrest (late in the evening of May 10).

Sentsov also points out that the main reason provided as ‘proof’ that he was not subjected to torture is that he did not confess!

There are grounds for believing that Chirny may have retracted his confession.  Afanasyev however, clearly, made a deal with the investigators and continued to testify against the other three.  In return, at a secret ‘trial’ on Dec 17, he was apparently sentenced to 7 years imprisonment.

The other men’s defence lawyers and human rights activists fear that this secret sentence passed in a closed court hearing will be used to justify maximum – 20-year - sentences for Oleg Sentsov and Oleksandr Kolchenko.

The two men have been declared political prisoners by the Memorial Human Rights Centre and concern has also been expressed by Amnesty International.

More details about the above information and case in general here:  Russian secret trial to convict opponents of Crimean annexation

Oleg Sentsov and Oleksandr Kolchenko have almost certainly been targeted because of their opposition to Russia’s occupation of the Crimea.

They face 20 year prison sentences in Russia, with the Russian authorities in addition trying to foist Russian citizenship upon them.

Please help circulate this information and, if possible, ask members of your government to raise the issue at diplomatic level and / or human rights organizations to take up the case.