Shameful deception as MPs quietly shelve restrictions on own salaries 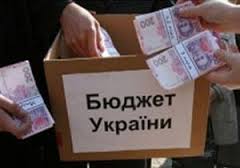 The first parliament elected after the ‘Revolution of Dignity’ in which a coalition of ‘pro-Maidan’ parties hold a constitutional majority has deftly removed provisions to the law on the budget that would remove generous additions to their basic salaries, obviously hoping it would go unnoticed.

Dzerkalo Tyzhnya has subjected the 2015 State Budget to scrutiny and found it lacking.  It is specifically missing the norms previously announced on restricting the salaries of MPs and members of the Cabinet of Ministers. There is also no mention of restricting the maximum pay for employees of state bodies and judges.

Politicians are notorious for making promises they don’t keep, but this is rather different since the bill actually passed, signed into law by President Petro Poroshenko and published in the official Voice of Ukraine - "Голос Украины"  differs from that on the official Verkhovna Rada website.

The following was quietly removed:

Final Provisions: Item 7 “For MPs and members of the Cabinet of Ministers (aside from those who head ministries whose units are taking part in the anti-terrorist operation) monthly salary shall be calculated only at the basic level for that position” [as in no extras, and members of Ukraine’s government and parliament get many].

The provision that the maximum monthly pay for government and court employees would be restricted to 15 times the minimum wage has also vanished.

The Budget was passed with difficulty at around 4 a.m. on Dec 29, and a statement from MP Viktor Chumak was circulated later that day by the UDAR party, asserting that UDAR MPs had “insisted that high-ranking officials should receive salaries next year only at basic salary level.”

The text on the UDAR website says that Chumak named a whole range of other people, including the President and the head of his administration who should receive only their basic salary.   It ended with the following:

This proposal was taken into account by the government”.

Ukrainian citizens are unfortunately more likely to note the fact that other Ukrainian citizens, namely those in government and all MPs, have yet again promised to reduce their own generous benefits and have failed to do so.

Valery Chaly, deputy head of the President’s Administration, continued the pretence writing on his facebook page about the ‘good and bad news’.  The bad, he wrote, was that his and others’ salary had been “quite radically” cut.  The good – that 90 billion UAH will go on defence”.

As the texts here and below demonstrate, MPs have long avoided tightening their own belts and continue to clutch onto very generous benefits.  This occasion, however, comes at a time when the country is facing a very real threat to national security and a serious likelihood of default.  It comes also from the first parliament elected after the EuroMaidan ‘Revolution of Dignity’ in which a coalition of ‘pro-Maidan’ parties hold a constitutional majority.  All the more disturbing, therefore, that this parliament should have not only failed to waive their own privileges as promised, but proven willing to resort to cheap subterfuge.