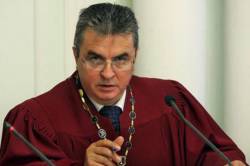 The European Human Rights Advocacy Centre [EHRAC] has welcomed the ‘decisive vote’ by Ukraine’s Verkhovna Rada on Dec 25, 2014, calling it a significant step towards the reinstatement of Oleksandr Volkov to his position as a Supreme Court judge, as required by the European Court of Human Rights [ECHR].

Ukraine’s leaders have procrastinated for nearly two years over the need to enforce the vital ECHR judgement from January 2013 which found numerous violations in the dismissal of Volkov.  In its judgement in the case of Volkov v Ukraine (No. 21722/11), the Court found that Volkov’s dismissal had violated his right to a fair trial, and ruled that the authorities should “secure the applicant’s reinstatement in the post of judge of the Supreme Court at the earliest possible date”.

EHRAC lawyers represented Volkov at the court in Strasbourg, and the Centre points out that implementation of his judgment has been actively supported by the Law Society of England and Wales, and Judges for Judges.

As reported here, Ukraine’s government appealed against the original judgment and on 27 May 2013 lost.  Ukraine’s Representative to the ECHR, Nazar Kulchytsky promised that the government would not delay in enforcing the judgment.  He said, however, and this was repeated by the then Justice Minister, that there was a major problem since there was a full number of judges at present.

In an article for Dzerkalo Tyzhnya, Mykola Melnyk called the Volkov v. Ukraine case unprecedented for Ukraine and for the ECHR itself.  This is both because of the violations found and the measures imposed by the Court.  He rubbished the arguments presented as to why Volkov could not be reinstated.  There were, first of all, two vacancies, and according to labour legislation, reinstatement is not dependent on staffing schedule.

Back then Melnyk suggested that an obvious way out, taken in other cases, would be for parliament to adopt a resolution cancelling the previous decision to dismiss Volkov.  This, as we see, is what the Verkhovna Rada finally did on Dec 25.

The Court in Strasbourg found unanimously that there had been the following violations of the European Convention on Human Rights:

Article 6 § 1 as regards the principles of an independent and impartial tribunal;

Article 6 § 1 as regards the principle of legal certainty and the absence of a limitation period for the proceedings against the applicant;

Article 6 § 1 as regards the principle of legal certainty and the dismissal of the applicant at the plenary meeting of Parliament;

Article 6 § 1 as regards the principle of a “tribunal established by law”;

Article 8 of the Convention.

The Court ordered that Ukraine should „secure the applicant’s reinstatement in the post of judge of the Supreme Court at the earliest possible date”.

It also found systemic problems in the judicial system which needed addressing.

Up till now Ukraine’s only compliance has only been in paying out (via taxpayers’ money) the hefty 18 thousand EUR awarded in compensation and court fees.

There was another area where action was required, yet has not been forthcoming. This judgment was important also since the Court found that the vote in parliament for Volkov’s dismissal had been unlawful since 226 MPs had been required by the Constitution to be physically present in parliament.  There were provably far fewer MPs with their party colleagues using their cards to “vote” in their absence.