Auschwitz Death Camp Museum: Indifference is a sign of complicityA World That Didn’t React and Isn’t Now“Not one country reacted”: 71 years since the Liberation of AuschwitzIn RemembranceWładysław Bartoszewski: Appeal to the World over Auschwitz-BirkenauAnd the Free World did not react (On the anniversary of the liberation of Auschwitz-Birkenau)А свободный мир не реагировал (к годовщине освобождения концлагеря в Освенциме)
• Topics / We remember

70th Anniversary of the Liberation of Auschwitz: “Politicization of this place is unthinkable” 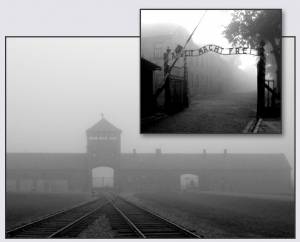 On this 70th anniversary of the liberation of Auschwitz-Birkenau, it will be survivors who are heard, not politicians.  Around 300 former prisoners are expected to intend, and the ceremony this year centres around them. No ‘snubs’, no political scandals, simply recognition of a day when politicians should fall silent.

The survivors have not always been the focus.  Bartłomiej Kuraś writes that he has been attending the ceremonies on January 27 for many years and has often had the impression that for the politicians making their speeches, “the former prisoners were merely background. Indispensable, yet nonetheless additional.”

Politicians have certainly been heard on the subject of this anniversary over recent weeks, as well as many commentators.  Most were discussing the ‘outrage’ that Russia’s President Vladimir Putin had supposedly not been invited.

No formal invitations were sent to specific world leaders this year.  Each country was simply notified of the planned commemorative ceremonies and asked to indicate who would be attending.  Putin was not singled out one way or the other, was not, as some have suggested, ‘snubbed’, or not more than other politicians.

It is probably a breach of etiquette to invite a head of state then ask him or her to refrain from making speeches.

Political considerations cannot be totally denied.  The decision to avoid any political speeches was made by the directorate of the Auschwitz-Birkenau Museum in full agreement with the International Oświęcim Council shortly after the Malaysian airliner MH17 was downed by Kremlin-backed militants in eastern Ukraine.  With Russia waging undeclared war, with both lethal weapons and propaganda, the need to prevent the anniversary being used for political ends – or argument - paramount.

It is now the first hours of the day on which 70 years ago Soviet soldiers liberated the survivors prisoners of the Nazi death camp Auschwitz-Birkenau, and up till now attempts to keep politics out have failed.

The Kremlin and Russian media have implied that Putin was singled out in not being invited, many western commentators have taken the same line.  Some, like Chemi Shalev from Haaretz.com, have understood that it is likely to have been Putin who decided to stay away, but believes it imperative he attends:

“If Putin stays away from the ceremony, this will be the main headline of the day, the focus of commentary and analysis. Current international tensions will supplant the horrors that took place over 70 years ago…”

Neither Putin nor US President Barack Obama are attending the ceremony.  We can only hope that all those who felt the need to wax indignant over a non-existent slight to the Russian President have done so already.

This was how Piotr Cywiński,   Director of the Auschwitz-Birkenau Museum explained why this seventieth anniversary was different and why it was unthinkable that politics should get in the way:

The decision to hold the commemorative events in such manner was taken unanimously by the International Oświęcim Council. I can’t imagine how we could allow this place to be politicized. We want this to be an extremely symbolic anniversary. It will most probably be the last round-date anniversary of the liberation with the participation of a considerable number of former prisoners who are after all very elderly. It belongs first and foremost to them”.

One of the former prisoners, albeit imprisoned at the outset, before it was turned into a death camp will be Władysław Bartoszewski, who was later an active member of Żegota, or the Polish Council to Aid Jews which is believed to have helped around half of the Jews who survived the Holocaust in Poland.

“This year in the world’s largest cemetery without graves, Polish prisoner No. 118 Kazimerz Albin and Polish Jew, and Israeli citizen, Halina Birenbaum will speak on behalf of the prisoners. They will speak in Polish, on Polish soil remembering which people – of which nationality and ideology – prepared this fate for other people.