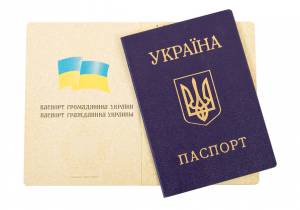 The Kyiv District Administrative Court has rejected a law suit against the National Bank of Ukraine’s Decision regarding Crimeans’ supposed ‘non-resident’ status. This means that banks will continue to block the accounts of individuals and legal entities with Crimean registration.

The court’s ruling from Jan 22 rejecting the application was a blow, however the applicants are adamant that NBU Decision No 810 is discriminatory and plan to take their case to a higher court.

The case was submitted by Crimeans who asserted that their constitutional rights are infringed by the National Bank’s Decision.  Their lawyer – Serhiy Zayets from the Regional Human Rights Centre, is convinced that calling Crimeans ‘non-residents’ and restricting their right to bank operations in Ukrainian banks is in breach of Ukraine’s Constitution which prohibits discrimination on the grounds of place of residence.

Lawyers for the National Bank assert that NBU did not exceed its powers and acted in strict accordance with the law passed by Ukraine’s Verkhovna Rada ‘On creating a free economic zone ‘Crimea’ and on specific features of carrying out economic activities on temporarily occupied Ukrainian territory’.

This position was accepted by the court.  Zayets says that the ruling was not unexpected, however is adamant that NBU has exceeded the limits envisaged by the law in question, and that the Bank’s resolution is in breach of the European Convention on Human Rights and international standards.  If domestic courts do not overturn it, they will be forced to turn to the European Court of Human Rights.

NBU Decision No. 699 declaring Ukrainian citizens with Crimean registration non-residents was adopted on Nov 3, 2014.  It banned any loan or deposit operations in Russian roubles and obliged Ukrainian banks to close the accounts of legal entities in the Crimea opened before the Crimea was declared a ‘free economic zone’.

The ‘free economic zone’ law states that the right to social guarantees and guaranteed contributions applies only to Ukrainian citizens who are not at the same time citizens of the occupying country.

This effectively meant that Crimeans were being treated as non-residents of their own country.  The National Bank finally responded to the criticism and claimed to have resolved the problem through a new Decision No. 810 from Dec 18, 2014, which allowed Crimeans registered as internally displaced persons retaining resident status.

The Decision nonetheless retained the distinction with Crimeans remaining in Crimea or others not registered as displaced persons still remaining so-called ‘non-residents’.  Another problem is that even those who have received a document confirming that they are internally displaced people and cannot be viewed as non-residents, still have to renew this every 6 months, and that involves enduring huge queues.

Human rights activists believe that the Jan 22 ruling will mean that people with Crimean registration will continue to be discriminated against.  Radio Svoboda’s Crimean Service cites the case of Maria Marchenko, a Ukrainian who has been living in Kyiv since 2010.  She is unable to open a bank account as she has Crimean registration, and cannot receive the requisite document giving her displaced person status as she was living in mainland Ukraine long before Russia’s annexation.

The NBU Decision has been widely criticized with the Ombudsperson’s Secretariat and Ukrainian Helsinki Human Rights Union also considering it discriminatory.

It is also part of a wider problem deriving from the Law on making Crimea a free economic zone which came into force on Sept 27 after President Petro Poroshenko ignored calls to veto it.  This law has been slammed as discriminating against Crimeans by declaring them to be ‘non-residents’ and as effectively recognizing the Crimea as Russian.  More details at: A Legislative Stab in the Back for Crimeans