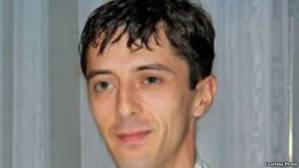 Russia is continuing to flout the European Court of Human Rights by not releasing the son of veteran Crimean Tatar leader and Ukrainian MP Mustafa Dzhemiliev.  Khaiser Dzhemiliev has  been illegally transferred to a SIZO [remand prison] in Russia’s Krasnodar region, and it is not only his family who doubt that the trial, due to start at the beginning of February, will be fair.  Mustafa Dzhemiliev has said that Russia is guilty of open blackmail in holding his son in prison.  He himself is unable to visit his son since Russia has also imposed a five-year ban on him entering his native Crimea, presently under Russian occupation, or Russia.

In May 2013 Khaiser Dzhemiliev shot and killed 44-year-old Fevzi Edemov who was working as a guard to the family.  All the evidence indicates that this was a tragic accident, and that the correct charge should be of manslaughter through careless use of firearms.

Mustafa Dzhemiliev says that from the outset the focus was on him, not his son.  In  November 2013 he was offered a deal by people close to the then president Viktor Yanukovych – if he left the opposition and joined the ruling Party of the Regions, his son would be freed the next day.  He could not accept such conditions and within a few days, the charges against Khaiser were made even more serious.

The situation changed again after Yanukovych fled with Khaiser’s case reviewed both in Crimea under the occupation regime and by the Kyiv Prosecutor.  The latter considered the evidence and allowed an application to requalify the crime as manslaughter through carelessness.  After the rulings of two Kyiv courts that Khaiser should be released from custody were ignored, Mustafa Dzhemiliev approached the court which on July 10, 2014 applied Rule 39 ordering that Khaiser be released from custody.

European Court of Human Rights judgements, as well as instructions under Rule 39, are binding on all signatories to the European Convention, including Russia, yet the Russian authorities not only failed to release Khaiser, but transferred him from a Simferopol court to the Krasnodar region of Russia.

Four months ago Ukraine’s Human Rights Ombudsperson Valeria Lutkovska addressed an open appeal to her counterpart in Russia, Ella Pamfilova, saying that Khaiser Dzhemiliev is being held as a hostage, and that he is being illegally prosecuted under Russian legislation.

Khaiser Dzhemiliev remains in SIZO with the first hearing scheduled for Feb 3.  It will be with new Russian lawyers: Mark Feygin and Nikolai Polozov who are also representing Nadiya Savchenko, as well as Sergei Romanov.

Mark Feygin is also representing Mustafa Dzhemiliev in his appeal against the 5-year ban.

Safinar Dzhemilieva told that she travelled to Krasnodar before New Year.  She was allowed only 40 minutes speaking with her son and could only speak by telephone through glass.

It is entirely illegal, she says, that her son is being tried in Russia.  “It’s not even the issue whether he’s guilty or not. He was illegally taken to another country and is being held there.

Zair Smedlyaev, head of the Central Election Commission of the Qurultay, or Crimean Tatar National Congress, calls the case political and does not expect the trial to be fair. The fact that a crime committed in Ukraine which was investigated by the Ukrainian authorities is now under the control of Russia’s Investigative Committee indicates to him that the real aim is to put pressure on Mustafa Dzhemiliev.

Khaiser Dzhemiliev is tragically not the only Ukrainian whom Russia is treating as a hostage.