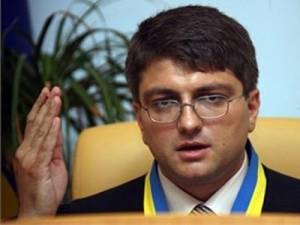 The news last week was much less than the headlines implied.  So too was progress on dealing with judges who are widely seen to have compromised themselves and Ukraine’s justice system through politically motivated rulings during EuroMaidan.

On Feb 5 the Verkhovna Rada, with a nearly constitutional majority (297 votes), adopted a resolution granting permission for the arrest and detention of Pechersky District Court judge Rodion Kireyev.  Since the judge who first ordered the detention of ex-prime minister Yulya Tymoshenko and then sentenced her to 7 years imprisonment is in hiding, the resolution is doubtless needed, but unlikely to be enforced.

Kireyev is not the only judge who is now in hiding, with some of those who gained notoriety under the presidency of Viktor Yanukovych believed to be in Crimea.   There are also many judges responsible for rubber stamp rulings, especially against EuroMaidan activists, who have not faced any disciplinary or other measures.

The web publication Rakurs decided to probe why so little has changed.  There are, after all, two laws in force “which envisage cleaning the judiciary of people unworthy to wear a judge’s robe”.

Both laws have been reported (and criticized) here.  A law specifically on judicial overhaul was adopted in April, 2014, while a general ‘lustration law’ – the Law on Cleaning up the Government [or lustration law] came into force on Oct 16.

Rakurs spoke with Markiyan Halabala, deputy head of the temporary investigative commission checking general jurisdiction court judges and author of a draft law from Jan 29, 2015, aimed at “improving the mechanism for restoring confidence in the judiciary”.  This envisages merging the procedure for lustration of judges.

Halabala was asked why lustration of judges is stalling in Ukraine.  He suggests that a combination of factors are at play.  After the Law on restoring faith in the judiciary was adopted in April last year,  the temporary commission on checking judges began work.  At the present time, he says, it has issued judgments regarding 12 judges who considered cases against EuroMaidan activists.  They have received around 200 complaints about judges.

“Soon our legislators decided to introduce what they saw as more effective methods of lustration. Therefore on September 16 last year, they passed yet another lustration law ‘On cleaning up the government’ which, unlike the other one, makes it possible to dismiss judges who took part in considering EuroMaidan cases without any analysis of the rulings they passed”.

With these two laws effectively envisaging two approaches to one and the same process of lustration, neither has yet begun to work effectively.

With respect to the first law, Halabala says that the part involving the investigative committee was carried out, however it was then disabled in the summer after Yury Karamzin suddenly left.  The law states that there must be 9 members for the committee to work, and Karamzin’s departure left only 8.

The other problem, he says, is that the committee can only make recommendations which are then passed to the Higher Qualification Commission of Judges or to the High Council of Justice.

With respect to the law on cleaning up the government, court presidents have provided the Justice Ministry with information about checks of judges who considered EuroMaidan cases, however no judgments have been adopted to date.

Halabala mentions also the fact that the Venice Commission issued a preliminary opinion in December critical of the fact that there are two laws in effect at the same time.  He says that the members of his committee had in fact already recognized this problem and agreed that a new draft law was needed to prevent double normative regulation of lustration of judges.

The bill – No. 1881 - which has been tabled in parliament by MPs Oksana Syroyid and Viktor Chumak – was drawn up in cooperation with the Reanimation Package of Reform initiative group.

The law envisages that all cases will be passed to the committee, with the Justice Ministry responsible only for checking judges’ income declarations and whether their income corresponds to their outgoings.  The committee’s work will be as before, based on review of complaints received by members of the public or legal entities against a specific judge, and through mandatory review of all cases which concerned EuroMaidan activists.

Court presidents will be obliged to provide copies of all court cases subject to checks and on the basis of these the committee will carry out their check and make a decision regarding lustration of judges.

This new law would give priority for reviewing these cases to the committee.  This would also resolve the problem that the High Council of Justice is still not working because courts are blocking decisions on the election of new members by the advocate community and academic staff of law institutes.