Are calls to kill all Ukrainians not extremist? 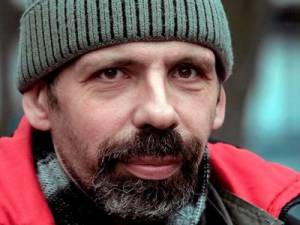 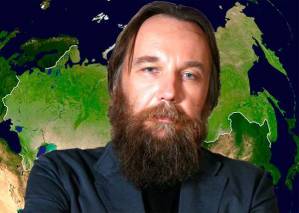 Pavel Shekhtman, the Russian political activist who fled to Ukraine in recent days, has been added to Russia’s highly specific ‘register of terrorists and extremists’.  The list includes world-renowned Ukrainian film director and Russian political prisoner Oleg Sentsov and Crimean civic activist Oleksandr Kolchenko, but not Russian fascist ideologue Alexander Dugin whose call to “kill all Ukrainians” was more public and no less extreme than the Facebook comment made by Shekhtman.

Shekhtman is a well-known rights activist who has taken part in numerous protests in support of Russian political prisoners, etc.   Grani.ru writes that he was charged  in October last year with “inciting hatred and enmity with the threat of violence”, and initially remanded in custody, but then released, pending trial.   The charges pertain to a repost of a publication on August 15, 2014 by Ukrainian blogger Roman Davydenko.  The latter wrote that the “Russian terrorists kill captured Ukrainian soldiers who refuse to give commentary to Russian TV channels”.  Shekhtman’s comment was undoubtedly strong – he wrote: “Ukrainians! I hope you won’t release Stenin?! I hope you’ll shoot him? Kill all that scum from various NTV and First channels, kill them like rabid dogs!”

Andrei Stenin was a photographer killed in August 2014 when the car he was driving in came under fire in eastern Ukraine.  While Russian propaganda has made him into a martyr, he is remembered in Ukraine for the shocking images he took of Ukrainian soldiers being tortured and killed by the Kremlin-backed militants Stenin appeared to travel with.  The channels mentioned in Shekhtman’s comment provide ‘coverage’ which has finally been recognized well beyond Ukraine as having more to do with warmongering and propaganda, than with reporting.

Justified or not, Shekhtman’s remark was on his Facebook page.  Over the last year Alexander Dugin, Russian fascist ideologue with influence in high places has publicly stated that “we must kill all Ukrainians”.  As with Shekhtman’s remark, the comment was supposedly made in indignation at ‘atrocities in Ukraine’ (though referring to the Russian propaganda version of the events in Odessa on May 2).  It was made by the head of a faculty at Moscow State University.  It remains unclear whether, as the result of protests, Dugin was removed from that post.  There has certainly been no attempt to bring criminal charges or add him to the list of ‘extremists and terrorists’.  He makes no secret of his active support for the militants in eastern Ukraine, and suggests that they must not stop with Donbas.

The indictment in Russia lumps Shekhtman’s comments together with the text by Davydenko, and accuses Shekhtman of “calls to kill journalists and TV channel employees, as well as people expressing a pro-Russian point of view, and people from the Caucuses”, as well as signs of hatred to a social (journalists) and ethnic groups (Russians, Chechens and Ossetians).

The ‘ethnic’ card is especially dishonest.  Any mention (by Ukrainian national Davydenko, not Shekhtman) of Chechens or Ossetians would have been because of the large numbers of people from those Russian Federation republics fighting in eastern Ukraine.

The same is likely to be true of any remarks about Russians, but the words in any case cannot be attributed to Shekhtman.

Shekhtman was arrested by police on Feb 11 in his own flat, supposedly because he had not appeared for questioning.  His lawyer, Yelena Romanova says that he had not received any summons.  He was placed under house arrest the following day, with the pretext being the alleged failure to appear and the claim that “Shekhtman is continuing to engage in criminal activities”.

Not surprisingly Shekhtman decided not to wait and made his way to Ukraine where he plans to seek political asylum.