Arrests in Moscow for those honouring Maidan’s slain heroesDay of Ukrainian Unity and Remembrance for the First Maidan VictimsMustafa Dzhemiliev: The sacrifice was not in vainIn Remembrance of those who died on MaidanEver more victims of sniper fireBlood and Berkut Sniper Bullets on the President’s HandsMustafa Dzhemiliev on Maidan: I’m proud of you, dear fellow UkrainiansBerkut snipers aimed at protestersWaiting for more bloodshed?Open threats and covert plans as ‘hostage law’ deadline nearsRuling majority takes hostages through new “amnesty law”Ruling party absolves Berkut of liability for Nov 30Ukraine’s ruling majority slips in dangerously repressive lawTraffic police deployed against EuroMaidan protestersTraffic police prevent Euromaidan protesters reaching KyivEuromaidan: Lviv universities come out in support of student protest“The government has made its choice, now it’s our turn”UCU: The Fate of 46 million Ukrainians is at stakeEU Association supporters gathering in protest at government’s about-face on EuropeGovernment abandons preparation for EU-Ukraine Association Agreement
• Topics / Terrorism
• Topics / The right to life 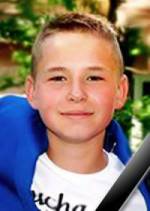 15-year-old Danil Didyk died on Monday, a day after the bomb blast.  The young lad was from Kharkiv and went to a school for gifted children.  He was also into judo and football and supported Kharkiv’s ‘Metallist’ team. 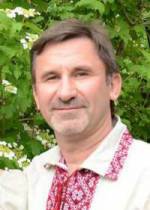 Ihor Tolmachev, one of the two people killed outright in a terrorist attack was a physicist and one of the coordinators of Kharkiv EuroMaidan

At least three people have now died as the result of a bomb blast near the Palace of Sport in Kharkiv.  The explosive device was clearly timed to go off as people gathered to join a Unity March to Constitution Square for a civic panakhyda or requiem service for those killed in the military conflict in Donbas.   On Monday the 15-year-old boy who had been in a coma since the explosion died of his injuries. 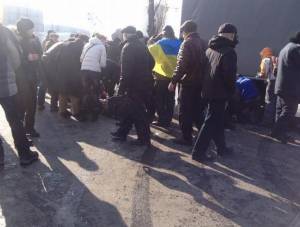 One of the people killed was Ihor Tolmachev who was one of the coordinators of EuroMaidan in Kharkiv.  He was married with a daughter.  The other, as yet unnamed, was a police officer. The police report states that five of the fifteen people injured are police officers. Oleksandr Turchynov, head of the National Defence and Security Council announced late afternoon that an anti-terrorist operation was underway which had enabled them to “detain 4 people involved in the explosion and remove weapons, including a grenade thrower”.   How the suspects were identified so rapidly is not at all clear.

If, as is likely, the terrorist act was aimed to disrupt the procession, it did not succeed, and both the procession and panakhyda were held (some photos here).

This latest of many terrorist acts, particularly in Kharkiv and Odessa, was doubtless also intended to divert attention from the huge procession in Kyiv where delegations from 24 countries joined Ukrainians in a March of Dignity to mark the first anniversary of the EuroMaidan protests, known in Ukraine as the Revolution of Dignity.   The march passed through the streets where protesters were gunned down from 18-20 February last year.  Ukraine’s President Petro Poroshenko walked together with the Presidents of Georgia Giorgi Margwelaszwili; Germany Joachim Gauck; Lithuania Dalia Grybauskaite; Moldova Nicolae Timofi; Poland Bronisław Komorowski and Slovakia Andrej Kiska.

The procession in Kyiv can be watched here: https://youtube.com/watch?v=gl6YkP7ENMM

It should be watched by those in Moscow who organized ‘anti-Maidan demonstrations’ in Russia, as well as Simferopol and Sevastopol in Crimea on Feb 21.   They gathered the requisite ‘thousands of demonstrators’, but as well as the suspicious number of people in identical gear, there were also other glitches.  These including the young man asked by TV Dozhd why he was there – he answered “I was forced to come” – they told him at his university to be there.  Novaya Gazeta’s Natalia Zotova not only reported, but even videoed how she was paid 300 roubles for taking part in the performance.