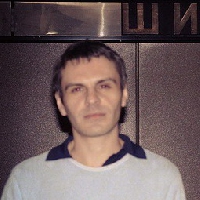 Before feeling pride that a Russian opposition blogger facing persecution at home has sought refuge in Ukraine, note that Ukrainian border guards initially tried to stop Dmitry Shipilov entering the country even after he lodged an application for asylum.   He spent 24 hours at the border with Belarus before being allowed into the country.

That is the bad news.  The good news is that after Alexander Shchetinin, chief editor of the publication Novy Region, reported the situation on Facebook and explained that the border guards had stipulated that he would be let into the country if met by a Ukrainian national, somebody did come forward.

Shipilov has already served one sentence over two posts on his LiveJournal page which the governor of the Kemerov oblast Aman Tuleyev found insulting.  He was sentenced to 11 months corrective labour in April 2012 under Article 319 of the Criminal Code (insulting a representative of the authorities).  He rejected the charges and left for Moscow, but was detained in September 2014, and spent three months in detention.

Radio Svoboda notes that he was detained on the same day that his interview with the organizer of the March for Siberian Federalization Artem Loskutov was published in the local newspaper Novy Kuzbass. As reported here, the Russian authorities went into serious overdrive in not only banning totally peaceful protests by people asking only for greater say at local level, but even tried to ban Ukrainian publications and the BBC for reporting the planned protest.

Radio Svoboda reports that Shipilov was granted asylum which is next to impossible.  He appears to have been simply allowed into Ukraine, with the asylum procedure hopefully underway.

There seem very strong grounds for believing that he is being prosecuted for his views, and that he cannot expect a fair trial in Russia.  Ukraine’s asylum (refugee status) procedure is, however, notoriously in need of reform and at least two other people were recently reported to have been refused asylum despite equally strong grounds for concern if they were returned to Russia.

At the beginning of February there were reports that the Ukrainian Migration Service had turned down the asylum applications lodged by Russian activists  Pyotr Lyubchenkov and Viacheslav Martynov.  Both refusals had been appealed.

In August last year three Krasnodar residents – Lyubchenkov, Martynov and a left-wing activist Darya Polyudova were prohibited from holding a march in favour of federalization.  Darya Polyudova - was arrested on Aug 15, after being approached by an obvious provocateur, then jailed for 14 days for what the court decided to consider ‘petty hooliganism’.  She was never released even though the criminal proceedings which she is now facing were only initiated on Sept 15.  Both Lyubchenkov and Martynov fled to Ukraine.