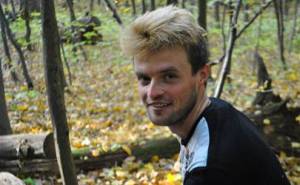 Ilya Lukash, a Kyrgyz national of Ukrainian descent, who organized pro-EuroMaidan demonstrations in Kyrgystan and fled persecution to Ukraine at the beginning of March 2014 has been refused asylum.

While it is possible that Ukraine’s Migration Service knows something we do not, both the letter received from its Kyiv office and past experience give grounds for concern.  The letter, dated 17.02.2015, but only received 10 days later, on Feb 27, gives no justification for the rejection, stating only that the application does not meet the conditions of paragraph 1.1-13 of the law on refugee status.

1.1 of this law defines a refugee as a person who has well-founded grounds to fear persecution in his or her country due to, among other things, political convictions.

Lukash’s activities as a blogger back in Kyrgystan and until April 2014 can be easily checked.  His account of protests in support of EuroMaidan and the harassment and threats he faced certainly need to be verified, but, if true, give compelling grounds for not sending him back to Kyrgystan.

He says that his first protest outside the Ukrainian embassy in Bishkek took place at the beginning of December 2013.  Seven or eight people help placards reading “Ukraine is Europe”.  A month later, after the first deaths on Maidan, he called on people to come to a concert given by the Ukrainian diaspora in black and with ribbons of mourning.  He told TVi that around a third of the audience did come in black.

It was after this, he recounts, that the local press published articles against him and he started coming under pressure. He was summoned for questioning by the Kyrgyz security service.  At the end of February, over 70 people outside the US embassy burned portraits of Lukash, shouting that they wouldn’t let a ‘Bandera supporter’ create Maidan in their country.  They also called him a gay activist.   Lukash says that he was also attacked in public transport and cafes.

It is clear from Lukash’s blog that as far back as 2010 he was writing things that were critical of the authorities in Kyrgystan and of what he called Russian interference in the country’s affairs.

He says that back in the Spring of last year he was recognized as a mandate refugee by the UN High Commission for Refugees, but that he refused to submit documents applying to go to another country.  Now some official who’s been in his job since under ex-President Viktor Yanukovych has decided he’s no refugee.  So that this time the people who burned his portrait can burn him alive? – he asks bitterly.

Lukash turned to the Institute for Mass Information and journalists’ unions and asks journalists to call on the Kyiv Migration Service to reconsider its decision.

This is not the first worrying decision over the last couple of months. As reported, Russian opposition blogger Dmitry Shipilov was finally admitted into Ukraine where he has asked for political asylum, but only after border guards refused to let him in.  They finally agreed on condition that a Ukrainian national came to collect him from the border.

Shipilov has already served one sentence over two posts on his LiveJournal page which the governor of the Kemerov oblast Aman Tuleyev found insulting.  He was sentenced to 11 months corrective labour in April 2012 under Article 319 of the Criminal Code (insulting a representative of the authorities).  He rejected the charges and left for Moscow, but was detained in September 2014, and spent three months in detention.

At the beginning of February there were reports that the Ukrainian Migration Service had turned down the asylum applications lodged by Russian activists  Pyotr Lyubchenkov and Viacheslav Martynov.  Both refusals had been appealed.

In August last year three Krasnodar residents – Lyubchenkov, Martynov and a left-wing activist Darya Polyudova were prohibited from holding a march in favour of federalization.  Darya Polyudova - was arrested on Aug 15, after being approached by an obvious provocateur, then jailed for 14 days for what the court decided to consider ‘petty hooliganism’.  She was never released even though the criminal proceedings which she is now facing were only initiated on Sept 15.  Both Lyubchenkov and Martynov fled to Ukraine.