Only Crimean Tatar TV Channel is being forced off air 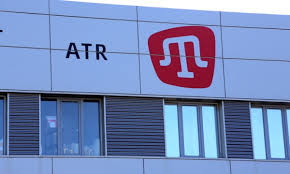 Failing a miracle – or significant pressure on Russia from the West -, TV ATR, the only Crimean Tatar television channel in the world, will be forced to stop broadcasting from April 1.  Since the head of the Russian-installed government recently attacked ATR and other “hostile forces” who give hope that Crimea will be returned to Ukraine, it is clear that this is part of a major offensive against freedom of speech and against the Crimean Tatar people.

April 1 is the deadline for re-registration under Russian legislation and thus far all attempts by the channel to re-register have proven unsuccessful.  ATR’s management has repeatedly submitted the correct documentation to Russia’s Roskomnadzor, the body in charge of communications, but each time the documents were returned.  The formal pretexts varied, including on one occasion the claim that the notary had not authorized the documents correctly, with this later proving to be incorrect.  ATR then turned to a consultancy firm in Moscow which has long and successfully dealt with other cases involving media registration, but this has so far also not helped.

ATR Director General Elzara Islyamova told 15 Minutes that they have learned that Roskomnadzor has again refused to consider their application.  Although they have yet to receive a formal response, they already know that it will be negative. Unofficially they even know what pretext has been used on this occasion, and say that it is without justification – the documents are correct.

With less than 2 weeks remaining to the deadline for re-registration, there is now a strong likelihood that this unique channel will be forced off air.

A number of other media within the ATR media holding are also at risk of closure, including the children’s Crimean Tatar TV channel Lale and the only Crimean Tatar FM-radio station ‘Meidan’.   Like ATR itself, all the other media went through the procedure required back in September 2014, yet none has received the relevant confirmation from Roskomnadzor.

There seems no doubt that Roskomnadzor is doing this deliberately since some media have been re-registered without problem.

As reported, at least one independent media source – the QHA Crimean News Agency – has had its application for re-registration rejected.

That rejection came shortly after ‘prime minister’ of the Russian-installed government, Sergei Aksyonov stated that ‘hostile’ media who talk of a return to Ukrainian control, etc. have no place in annexed Crimea.

Aksyonov’s remarks on Feb 13 were mainly directed at ATR.  Asked to comment on the fact that Roskomnadzor is planning to prevent Crimean broadcasters from taking part in a tender for radio frequencies on the grounds that they have not yet received Russian registration, he said the following:

“We want all Crimean radio stations and Crimean TV channels to work systematically, normally, but we’re against the way that some TV channels cover events inaccurately, distort objective information, and sometimes openly lie on some points”.  He claimed that an event has scarcely happened when ATR “has already turned it upside down”.

There was pressure on ATR from annexation onwards, however this began looking like a major offensive towards the end of January this year when the ATR headquarters was subjected to an all-day search by men from the Investigative Committee and counter-terrorism department, as well as masked men carrying machine guns.   The pretext given was that the search was part of the investigation linked with a many-thousand strong demonstration outside parliament on Feb 26, 2014, the day before Russian forces seized control.  Russia’s Investigative Committee claimed that the channel had refused to hand over material.  This is vehemently denied, and in fact Budzhurova says that the fact that the channel had already handed over any material in their possession indicates that an order was issued from above to carry out this operation.

Aider Muzdabayev, Chief Editor of the Russian newspaper Moskovsky Komsomolets, and himself a Crimean Tatar, asks:

“Why does Russian state television freely broadcast all over the world, but the Crimean Tatar people do not have the right to watch television in their homeland in their native language?  I would very much like to put that question to Russian and western governments and parliamentarians”.