Russian teacher on trial for poem against annexation of Crimea 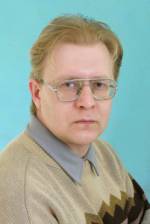 The next hearing is due on April 2 into the trial of Alexander Byvshev, a Russian poet and school teacher whose poem “To Ukrainian Patriots” lost him his job, and could result in a prison sentence.  The poem has been found ‘extremist’ in Russia and cannot be accessed, and none of the ‘witnesses’ can name even one line from it, but they know it’s “anti-Russian”, “not patriotic”.

, written in March 2014, is very clearly strongly against Russia’s invasion of Crimea and suggests Ukrainians should ensure that not one inch of Crimea is handed “to Putin’s chekists”.

The poem is undoubtedly full of bitter criticism of Moscow.  It remains a poem, and more in any case is needed to fall under Article 282 § 1 of the Criminal Code, that is, “Stirring up hatred or enmity, as well as denigrating human dignity”.  That article refers to incitement to enmity on the grounds of sex, race, religious beliefs, etc.  No clarification would be provided even if, as other reports suggest, he is charged under Article 281.1 (“Organizing an extremist group”).  The poem itself has been classified as ‘extremist’, and in fact with Byvshev’s poems has removed quite a number of them.

Ivan Zhilin from Novaya Gazeta was present at the last hearing. that it was the head of Byvshev’s secondary school in the Oryol oblast, Ludmila Agoshkova, who ‘reported’ the poet.  In court she explained that “a Crimean patriot” had sent her the above-mentioned poem asking how such a person could be working in a school.  The prosecutor’s office was informed and the deputy prosecutor present at a teachers’ meeting which pulled the poem to pieces.  Agoshkova claims that all the teachers criticized the poem, with none supporting its author.

Neither Agoshkova nor any of the 43 witnesses, mainly teachers, thus far questioned can remember anything of the poem which allegedly aroused their indignation.   Agoshkova felt no need for such detail, since the poem was “not patriotic” and its author “in this poem was not on the side of our Fatherland, but on the side of another state”.  Her opinion, and that of her staff, she said, was that “this poem is anti-Russian”.

Worth noting her final words.  “You understand that for us Putin, especially after the return of Crimea, is somebody who made Russians believe in themselves……”.  They were euphoric, she says, about Crimean “and only Byvshev wrote: “occupiers”.

Another witness was also totally against Byvshev, but first can’t quite remember the poem, then claims to have read words that are not in it.

The third witness – Agoshkova’s son, Alexander Agoshkov – was much less hesitant.  He explained that he had argued with Byvshev from 2008, when he first noticed the latter’s “extreme liberal views”.  When asked by Judge Gridina to explain what he understood to be “extreme liberal views”, he explained liberal to be “Russophobe”.  He also claimed there to be calls to kill Putin’s chekists which the poem does not contain.  When challenged on this, Agoshkov claimed that saying “do not hand over an inch of Crimea to Putin’s chekists” implies with the use of arms, and that means to kill.

Byvshev with human rights journalist Zoya Svetova about the case, and about the hatred that he encountered in a small provincial town.

He explains that for him Russia’s annexation of Crimea was a turning point in his attitude to the Russian regime.  “The story with Crimea reflected in the most concentrated form all the incredible lies, all the Kremlin’s cynicism, its flagrant violation of all moral norms, when only the power of the strong applies. Borders had not been carved up so brazenly in Europe since Hitler. What has Russia come to, that most countries throughout the world have officially declared it an aggressor!  This is the country that defeated fascism!”

“Russia’s isolation from the rest of the civilized world has resulted in a further crackdown when the authorities are forced to look for a scapegoat and those to blame for the economic difficulties that have arisen within the country through the so-called “fifth column”.

He has been stunned by the gratuitously low behaviour exhibited by people, including his former colleagues.  Even those who don’t actively condemn him try to avoid him.  He believes that they are simply afraid, probably with cause.  After all, when journalists from Ren-TV turned up in Kroma where he lives, local residents called the police to check out the documents of these visitors.  The journalists in turn did not find a single person on the street prepared to speak out in Byvshev’s defence.   They’re waiting to see what the case brings.