A Farewell to Government-Controlled TV? 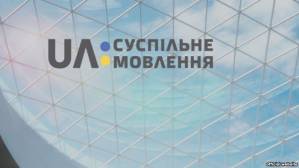 During a televised presentation on April 7, President Petro Poroshenko signed a law which should hopefully make public broadcasting a reality in Ukraine, and the First National TV Channel [UTV-1] proved the point by switching to the new public broadcaster logo.  UTV-1 has changed over the last year, but was especially notorious under Viktor Yanukovych’s presidency for its bias and propaganda, so the move was symbolic.

Poroshenko called it a law that Ukraine has awaited for 23 years and acknowledged that successful governments had lacked the will to carry it through, preferring to retain control of the media.  He said that they had feared that bringing in public broadcasting would let the genie out of the bottle, but added that this is a price that must be paid for democracy.

Draft Law No. 1357 was adopted by parliament on March 19.  The bill was initiated by Viktoria Syumar, now head of the parliamentary committee on freedom of speech, and a well-known supporter of public broadcasting and press freedom.

The law introduces significant changes to the following laws On Public Broadcasting; On Privatisation of State Property; On Television and Radio Broadcasting; On the National Broadcasting Council; and On the Procedure for Media Coverage of the Activities of State Agencies and Bodies of Local Self-Government.

All state broadcasting agencies are merged into one joint stock company called National Public TV and Radio Broadcasting Company of Ukraine, with a Supervisory Board made up of 9 representatives of civic associations and one representative from each parliamentary faction.

This Public Broadcasting Company is 100% state-owned and will broadcast on at least 2 nationwide television channels and at least 3 nationwide radio stations.

In his speech, the President said that he had hesitated with signing the bill because of certain doubts about it and added that he plans to send his suggestions to the Verkhovna Rada.  In his view, a supervisory board which appoints the broadcaster’s management should not have politicians on it.  He expressed the view that this was a temporary phenomenon.

“Politicians should take the final step to independence of public television and make it possible for civic organizations and journalists to form the management so that they bear responsibility for quality and lack of bias, as well as for their independence of politicians and those with lots of money.”  He added that this was also part of the process of stopping oligarch control of Ukraine.

The problems which have plagued Ukraine since independence include the lack of transparency of media ownership and the concentration of media in the hands of oligarchs who have either held political power or supported those in power.  Media independence was almost totally stifled under Yanukovych and there need to be serious mechanisms in place to prevent this happening again.  Most of the media remain in the hands of those who owned them under Yanukovych (including, controversially, Poroshenko’s ownership of Channel 5.)

Ukraine took on the commitment to introduce public broadcasting back in 2003, but any moves from then on were generally on paper only and many of dubious relation to real public broadcasting.  During Viktor Yanukovych’s first year as president, his representatives would try to counter mounting concern about his regime’s assault on freedom of speech by asserting that public broadcasting under Yanukovych was finally moving forward.  By June 2011 it became clear that the ‘public broadcasting’ proposed was to be on the basis of the National Television Company of Ukraine [NTCU] whose UTV-1 was  throughout Yanukovych’s presidency at the top (as in, at the bottom) of the ranking, together with Inter, in terms of flagrant breaches of journalist standards.

This bill is a major step forward, although political will must still play a role.  Let’s hope this time it can be found.