Politicizing History: Parliament adopts Dangerously Divisive LawsPhantoms are phantomsFighting phantomsNo dossier on ShukhevychWorking to reveal the truth about OUN and UPAMore information from SBU archivesSBU is planning to tell the truth about Soviet efforts at discrediting the UPAPresident called on to help lift the seal on KGB archivesOn the 65th anniversary of UPA the arguments still rageFirst joint memorial unveiled for Soviet soldiers and fighters of OUN-UPAAnalysis of the Law on Prohibiting Communist Symbols"Decommunization" Laws: Deeply Divisive and Destined for StrasbourgPresident signs dangerously flawed ‘decommunization’ lawsCommunist party ban will be slammed in Strasbourg, along with original decommunization lawUkraine’s Communist Party OutlawedUkraine’s Decommunisation Law hammered by Venice Commission for violating democratic standards5 years for a red flag? Controversial decommunization law used against Ukrainian veterans’Decommunization’ in Ukraine Carried Out Using Communist MethodsUkrainian student sentenced for ‘propaganda of communism’ on FacebookDivisive & Ill-Timed Renaming of Kyiv Street after Controversial Nationalist Leader
• Topics / Freedom of expression

Parliament ignores public opinion on Ukraine’s history. Will the President? 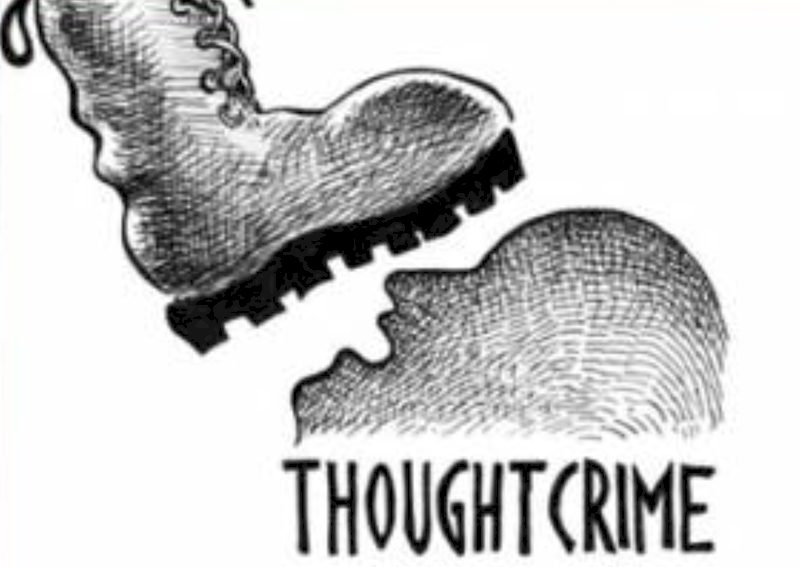 Ukrainians are divided in how they view their country’s history.  This is confirmed by surveys, but has just been ignored by Ukraine’s parliament which decided it knows how the country’s history should be viewed.  If President Petro Poroshenko does not veto laws just passed, it will become illegal to express other views on certain aspects of Ukraine’s recent history.

Criticism of the law ‘On the Legal Status and Honouring of Fighters for Ukraine’s Independence in the Twentieth Century’, which the Verkhovna Rada adopted on April 9, has been met with demands that critics prove their credentials.  If they are not historians, the line goes, they should not venture an opinion.  Only historians with ‘substantive historical works’ published can comment on a law that gives full legal status to members of the Ukrainian Insurgent Army [UPA] or Organization of Ukrainian Nationalists [OUN] and prohibits disrespect or denial of their role in fighting for Ukraine’s independence. There are many reasons for questioning the validity of this argument, but for the moment we will confine ourselves to one.  The majority of parliamentarians are not historians, nor do they need to be.  They are elected to represent the people and here there is a major problem.

Judging by the results of a recent survey, the historical views set in legislative stone through the above law and at least one other on ‘decommunization’ do not correspond to those held by the voters.  What is worse, there is a clear geographic divide with some Ukrainians’ position really not taken into consideration at all.

From 25 Dec 2014 to 15 Jan 2015, the authoritative Democratic Initiatives Foundation and Ukrainian Sociology Service endeavoured to establish What Unites and Divides Ukrainians.  The survey could not be carried out in the Luhansk oblast and Crimea but otherwise was representative of the population of the country which was divided into 11 historic regions (see below).

In their attitude to historical events, Ukrainians were most united in their positive view of the Victory of the USSR in the war from 1941-1945 against Nazi Germany (84%); the Christening of Kyivan Rus in 988 (74%); and Ukraine’s declaration of independence (71%).

Most regions view the collapse of the Soviet Union positively (with the largest number in Halychyna – 88%) however the opposite is true in three regions.  In Donbas 70% were negative against 12% in favour; Kharkiv oblast – 52% against 31%; and in the Dnipropetrovsk and Zaporizhya oblasts 49% against 39%).  A relative majority (47% against 20%) viewed the creation of the Ukrainian Soviet Socialist Republic positively.

Such results raise serious questions about one of the laws just passed without any public discussion, namely ‘On condemning the communist and National Socialist (Nazi) totalitarian regimes and prohibiting propaganda of their symbols’.  This prohibits “public denial of the criminal nature of the communist totalitarian regime of 1917 – 1991 in Ukraine”.

Viewed statistically, a relative majority were positive about the creation of UPA in 1942 (40% against 31%), and about the formation of OUN in 1929 (37% against 31%).   However a negative attitude prevails in south-eastern regions (Donbas,  Dnipropetrovsk, Zaporizhya, Mykolaiv, Odessa, Kherson and Kharkiv oblasts).

The same geographical divide was seen in attitude to the ‘Orange Revolution’ of 2004.

“Thus, historical events like the creation of OUN and UPA, as well as the 2004 Orange Revolution, like before, divide Ukraine into two broad parts, ” the researchers conclude.

The nearer to the present day, the less agreement there is as to positive and negative figures in Ukraine’s history.  Of interest here is the number of people who named Ukrainian nationalist leader  Stepan Bandera, who is closely associated with OUN-UPA, as a person they assessed most negatively (they were allowed to name up to three people).   He was named by 44.6% of people in Donbas; 34.3% in the Dnipropetrovsk and Zaporizhya oblasts; 33.6% in Mykolaiv, Odessa and Kherson oblasts; 21% in the Kharkiv oblast.  Worth noting that it is not only in the south-eastern oblasts that Bandera is viewed negatively.  The readings ranged from 6.8% to 10.5% in all other regions, except Halychyna (where only 1% name him).

None at the moment, but that could change if the President does not veto the above-mentioned laws.  According to Article 6 of the Law ‘On the Legal Status and Honouring of Fighters for Ukraine’s Independence in the Twentieth Century’, :

“Ukrainian nationals, foreigners and stateless persons who publicly express disrespect for those stipulated in Article 1 of this law … bear liability in accordance with current Ukrainian legislation.

This is not just killing the chances for real historical investigation and debate about the role of UPA, Bandera, etc.  It is also forcing a significant number of Ukrainians to fall silent or face being against the law in their own country for expressing their opinions.  This would be a serious problem under any circumstances.  Given the geographical divides outlined above, the war being waged by Russia and its proxies, and relentless attempts to sow division and enmity between Ukrainians, it would be seriously destructive.

The answer to the survey’s question is entirely clear.  It is such laws that endeavour to impose particular views on Ukrainian history and effectively criminalize ‘dissident’ positions that divide Ukraine.

The city of Kyiv