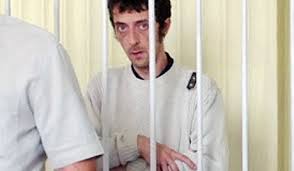 The trial has begun in Russia of Khaiser Dzhemiliev, son of the veteran Crimean Tatar leader and Ukrainian MP who was banned from his homeland after refusing to cooperate with the Russian occupation regime.  Moscow has flouted an order from the European Court of Human Rights to release Khaiser from custody and has changed the charges he originally faced.

Mustafa Dzhemiliev has accused the Kremlin of open blackmail in holding his son in prison, and in speaking with the Radio Svoboda Crimean Service, Khaiser’s lawyer Nikolai Polozov was equally blunt.  Russia’s actions are an obvious attempt to put pressure on Mustafa Dzhemiliev so that he will encourage Crimean Tatars to cooperate with the occupation regime. In ignoring the European Court which on July 10 last year ordered the young Dzhemiliev’s release from custody.  Russia is not just violating Dzhemiliev’s rights, but is also in breach of international legal relations since Russia ratified the Charter of the Council of Europe and the Court’s decisions are binding.

Khaiser Dzhemiliev is charged with murder “out of hooligan motives”, as well as with stealing and keeping a weapon and ammunition.  This goes against the original charge presented by the Ukrainian authorities in 2013, namely manslaughter through carelessness.  Polozov says that the fact that the charge has been made so much more serious is clear evidence of the political component of the case, and of the use of Khaiser as a tool for pressure on his father.

Since these rulings were ignored, Mustafa Dzhemiliev approached the European Court of Human Rights, which ordered Khaiser Dzhemiliev’s release.

Instead of complying with the Court, Russia moved the young Ukrainian to the Krasnodar region in Russia.

The defence has opted for a trial by jury and Polozov says that he hopes that the jury members will realize that the case was clearly one of manslaughter and that there were no so-called ‘hooligan motives’.

There are, however, reasons for concern.  Both sides have the right to apply for motivated applications for jury members to be withdrawn.  The judge allowed all such applications from the prosecution, but rejected those from the defence.  The latter had asked each person about their attitude to annexation, to the actions of the Ukrainian authorities.  Polozov considered that a positive attitude to Russia’s annexation and negative to Ukraine’s government would likely cloud people’s vision in this case.  The application was rejected.

The trial is thus taking place of a person initially charged under Ukrainian law with manslaughter in connection with a tragic event that took place a year before Russia’s invasion and annexation of Crimea.  As with political prisoners Oleg Sentsov and Oleksandr Kolchenko, Russia has tried to foist Russian citizenship on Khaiser Dzhemiliev, but without any credibility.  He remains a Ukrainian national, yet is held in a Russian detention prison facing charges under Russian law.

The cynicism is supreme.