Who wants to turn Kyiv into another Donetsk? 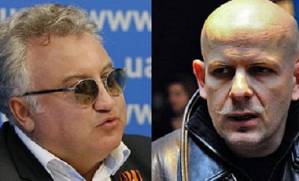 While the western media present any talk of Russian involvement in recent high-profile killings as the ‘Kyiv version’, like the ‘Kremlin version’ of Boris Nemtsov’s murder, it is by no means only Ukrainian politicians who are expressing concerns which, if warranted, would have seriously frightening implications.

The question in the title was asked by prominent journalist Denis Kazansky in considering who might be behind the murder of journalist Oles Buzina and politician Oleh Kalashnikov in Kyiv last week.  The same thought was expressed most starkly by Telekritika Chief Editor Natalya Ligacheva who called the murders “descent into horror and chaos. Everybody was preparing for the renewal of military action by Russia in Donbas, ”, she says, “but the horror came to Kyiv. You get the impression that a pantheon of “victims of the bloody Kyiv junta’ is being created.”

The killings have been very widely reported in the world media.  Some even report the suggestion that Russia could be behind them, but call this the Kyiv government’s version.  Like the Moscow version and the treatment by pro-Kremlin media of the killing in February of Kremlin critic Boris Nemtsov.

Answers are few, but the suspicions are by no means only aired by Ukrainian politicians.  If any part of them is justified, then it is not only individual pro-Russian politicians or journalists who have very real grounds for concern.

Oleh Kalashnikov had largely slipped out of the public eye after well-deserved notoriety in 2010 when, as a ruling Party of the Regions MP, he attacked a woman journalist, then later because of his role in organizing the titushki or paid thugs used by the regime of ex-President Viktor Yanukovych.   Oles Buzina was certainly well-known in Ukraine for his very strongly anti-Ukrainian position and a particularly scandalous work about the Ukrainian poet Taras Shevchenko, but more recently, aside from a very brief spell as Chief Editor of Segodnya, he was much more visible in Moscow because of the frequent interviews he gave.

The two men were both shot dead within around 12 hours of each other.  Buzina was murdered in the early afternoon of April 16 during Russian President Vladimir Putin’s televised phone-in interview.  Vitaly Sych, Chief Editor of New Times [Novoye Vremya] was also asked for his reaction to the killings.  He pointed out that “Russian President Vladimir Putin wasn’t surprised for a second during a live broadcast when he was informed that famous journalist Oles Buzina had been killed in Kyiv. He immediately began talking about how all Russians of course know Buzina, etc.  And he was informed virtually instantaneously. Here we were sitting and not wanting to publish the news without confirmation.  The confirmation had come literally 10 minutes earlier, yet Putin was immediately informed in a live broadcast with no question as to whether he should be told”.

Another report says that 23 minutes had elapsed since the first report by the Ukrainian news agency.  Still not a lot given the amount of misinformation being circulated at the moment in both Ukraine and Russia, and the understandable fear Russian officials would have felt at misleading their President..

In the early hours of Friday morning, letters were received by political analyst Volodymyr Fesenko and the Opposition Bloc [made up of former members of Yanukovych’s Party of the Regions].  A group calling itself the Ukrainian Insurgent Army [UPA] claimed responsibility not only for the killings of Kalashnikov and Buzina, but also for the deaths of former Yanukovych associates Mykhailo Chechetov, Oleksandr Peklushenko and Stanislav Melnyk.   The police have stated that all three men committed suicide, and at least in Chechetov’s case his apparent suicide note had been made public.  The Opposition Bloc held a press conference later on Friday regarding the threats and the statement in the letter that the MPs had 72 hours to leave the country.

They say that the anonymous email also threatens to begin killing members of the government “who have not brought in martial law, have not declared war with Russia and have not broken off diplomatic and trading relations with the occupier”.

Ukraine’s SBU [Security Service] has called the letter a fake, pointing to the Russian turns of phrases in the letter which would certainly be strange from an extreme nationalist Ukrainian organization, and to various other discrepancies.

Fesenko himself wrote that some of the ‘proof’ of their involvement given in the letter simply strengthens his suspicion that the Russian Security Service could be behind the killings – even if the direct killers had no idea that they were being used.

None of this would be new.  There were strong suspicions about the uses being made of various right-wing parties under the Yanukovych regime, as well as how much some, like the leaders of the ‘Svoboda’ party were collaborating for their own ends.

A far-right group, especially one calling itself after the original UPA formed in 1942, would be a pure gift to the Kremlin which has been assiduously pushing the idea that EuroMaidan was made up of violent radicals and that the government in Kyiv is a ‘junta”.   There have undoubtedly been occasions when extreme nationalists have insisted on following a course of action regardless of its divisive and destructive impact, and Anton Shekhovtsov, a researcher into right-wing movements, has confirmed that he had heard of a marginal group calling itself UPA in 2014.

The existence of such a group would not necessarily explain the professionalism with which two well-known figures were gunned down in Ukraine’s capital city, Buzina in broad daylight.  If the group really was behind all five deaths, then why were the first three presented as suicides?

It would also not explain certain other aspects of the killings put most cogently by Denis Kazansky, Chief Editor of Fourth Power.

“Buzina’s murder is virtually a carbon copy of Boris Nemtsov’s murder. And in my opinion the motive is clear – to have a mirror image of a high-profile political killing in Ukraine which you can wave about to the world.

We have repression?  So do you.

You don’t believe that Nemtsov was a ‘sacrificial lamb’?  Then don’t say that Buzina was such.”

Kazansky was giving his point of view within an hour or so of the killing.  He said then that he did not believe that Buzina had been killed by nationalists, and even less for his anti-Maidan position.  Buzina had irritated people for more than 10 years, he added.  If anybody was going to kill him it would have been for his book on Shevchenko.

In the above-mentioned article ‘Who has an interest in turning Kyiv into Donetsk?’, Kazansky considers three versions: he repeats his initial scepticism regarding the radical group version then considers two other possibilities.

The second is ‘the Kremlin’ which he calls a collective concept including Chechen leader and Putin protégé Ramzan Kadyrov; the so-called ‘Donetsk and Luhansk people’s republics’ “and all other Kremlin tentacles.  The Kremlin has any number of motives.  Destabilisation of the situation in Ukraine; mirroring commissioned political murders in Russia itself; blackening the country’s leaders; and propping up the propaganda myth about the terrible Kyiv fascists. Or, most likely, all of these together.”

He notes the reactions, for example, from Kremlin-backed militant leader Alexander Zakharchenko, that seem to have been prepared in advance.  Zakharchenko’s prediction of more killings, he says, raises the question of whether maybe Zakharchenko is planning to carry them out.

He calls the third version the most ‘exotic’ but worthy of being heard.  This is that the murders would be useful to the Party of the Regions who could thus raise the rating of pro-Kremlin forces and mobilize their electorate for the local elections due in 2015.

The trouble with such plans is that, even if we assume that people are capable of such a terrifying disregard for human life, the supposed increase in popularity is hard to see as the only possible way the situation could develop.

There have been stern calls for a proper investigation into these killings.  How adequately Ukraine’s leaders deal with this task remains to be seen, but on this occasion there can be no excuse for lack of political will.

There is one conclusion which Kazansky presents as irrefutable.

“Whoever killed Kalashnikov and Buzina hurt first and foremost Ukraine. Whoever the slain were, their death has brought the country no benefit because bloody corpses on the street do not enhance any world city, and most definitely not European Kyiv”.

That indeed is not in question.