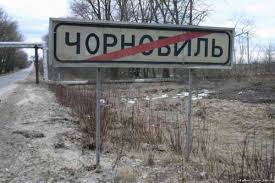 It is 29 years since the Chornobyl Nuclear Power Plant Disaster which the Soviet Union tried through all means to conceal, with this tradition almost certainly followed ever since by the International Atomic Energy Agency and World Health Organization.

The accident occurred in the early hours of April 26, 1986, when one of the four nuclear reactors at the power station exploded.

Just four days later, communist officials who had sent their own families to Moscow sent children out onto the streets in nearby Kyiv for the First of May parade.

Virtually no information was provided to the population on even fundamental safety measures, let alone measures to ensure that children received vital iodine which could have prevented the high incidence of thyroid cancer.

The Ukrainian State Archives have set up an exhibition online of material regarding the Disaster, including the following statement from one of the young men taken to Chornobyl for the clean-up operation.

“They told us that it was dangerous, that there was radiation everywhere. However we didn’t know how to measure it, to determine the level of danger.

It was only after we went on strike, that they brought some kind of boxes with some sort of pills inside.  Later it transpired that they needed to be taken every day and we were given one for the entire period.  When we asked how much radiation we’d received, they just said that if we feel sick, we should go to the clinic.”

According to another, the legal prohibitions on, for example, sending very young lads to Chornobyl were simply ignored.

Many believe that Chornobyl marked the beginning of the end for the Soviet regime, exposing its total moral bankruptcy. Certainly in Ukraine, environmental groups were at the forefront of opposition to the regime.

It is a matter of debate whether the world has ever been told the truth about the consequences of Chornobyl, and the problem no longer lies with the Soviet authorities. Bemusement was felt by many Ukrainians during the events to mark the twentieth anniversary on 26 April 2006 when the International Atomic Energy Agency and WHO appeared unaware of the real human cost of the tragedy.

Certainly doctors and researchers from the area most affected by the disaster dispute the predicted mortality figures and upbeat noises from IAEA and WHO.

In 2006, for example, the Bellona Foundation wrote that “if the reports of the local doctors and researchers, many of who spoke to Bellona Web Monday and in interviews last week, prove to be true, they could stand over two decades’ worth of research by the United Nations and affiliated organisations on its head, and cast a shadow over the research techniques that have thus far been employed.

The local data clash with figures released by the UN’s World Health Organisation and the International Atomic Energy Agency, Those agencies say that 56 died as a result of the blast and fallout that occurred when Chornobyl’s No. 4 reactor experienced a melt-down in 1986.

But the local doctors tell reporters that proving that an increase in infant mortality rates of 20-30 percent in 20 years, or that many young people suffering from genetic disorders, internal organ deformities and thyroid cancers are victims of the radioactive fallout from the disaster spread over several countries is impossible.”

See also:  We didn’t live through Chernobyl, we are living through it

Most of the Chornobyl clean-up workers still alive are in ill-health, and the number of young lives lost remains essentially unknown.

In memory of them.