Russia to slap crippling fines on media for ‘propaganda of extremism’ 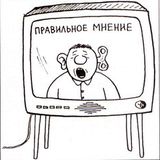 Vladimir Putin has signed a law increasing fines on the media for what the authorities choose to view as ‘propaganda of extremism’.  In Russian-occupied Crimea this can be any peaceful opposition to Russian rule, with the use of the terms ‘annexation’ and ‘occupation’ having resulted in one newspaper being warned about ‘extremism’.

The law which Russia’s President signed into force on May 2 makes amendments to Article 13.15 of the Code of Administrative Offences (abuse of press freedom) and introduces fines from 100 thousand to 1 million roubles for publication in the media of what is considered to contain calls to terrorism and extremism, or their justification.

Amendments are also made to Article 20.29 of the same code (production and circulation of extremist material) with similar fines.

Or entirely clear, since the scope for abuse is enormous.  Dmitry Gudkov was the only State Duma deputy in the relevant committee who opposed the law.  He warns that it will enable the authorities to bankrupt any independent media.  He suggests that media could face crippling fines for expressing support for the people who went into the Moscow metro to invite people to take part in what was planned as an anti-war march on March 1 this year.  The march turned out to be in remembrance of Boris Nemtsov, Putin’s fiercest critic and one of the co-organizers of the protest who was gunned down outside the Kremlin on Feb 27.

There has been overt abuse of ‘anti-extremism’ legislation in Crimea ever since Russia’s invasion and annexation.  Exactly one year ago, Refat Chubarov, Head of the Mejlis or Crimean Tatar representative assembly was issued a ‘warning’ over ‘extremism’ following the peaceful protest against Russia’s ban on entry to his homeland of veteran Crimean Tatar leader Mustafa Dzhemiliev.  He was later also banned from Crimea, with the ban preceded by further claims of ‘extremism’.  The Chief Editor of the Mejlis’ official newspaper Avdet received his first warning over words like ‘occupation’ and ‘annexation’ which the puppet government installed when Russian soldiers seized control considered ‘extremist’.

This is only one of a number of moves by the regime in Russia introducing repressive measures purportedly to fight ‘extremism’.  In July 2014 Putin signed into force a law envisaging up to 5 years imprisonment for something called “calls to extremist activity via the Internet”.

In April this year the Russian media and communications regulator Roskomnadzor received even broader powers, being allowed to follow what people write on social networks and private emails.  Another measure still at planning stage will allow Roskomnadzor to destroy all copies of information that the regime decides are ‘extremist’ or about ‘unauthorized’ demonstrations.