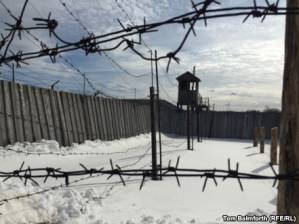 ‘Perm-36’, the NGO recently forced to give up running a vital museum about the Gulag, has now been forcibly registered as a ‘foreign agent’.  This new offensive comes as the museum taken over by the authorities removes all mention of repression,   and Kremlin-backed militants in Donetsk remove a memorial plaque to Vasyl Stus, the Ukrainian poet who died at the notorious labour camp. 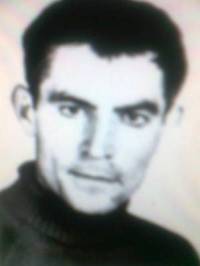 Russia’s justice ministry has announced that the Memorial Museum of the History of Political Repression ‘Perm-36’ has been added to the Register of ‘Foreign Agents’.  The Perm department of the Ministry had earlier announced that they were seeking such a decision having found what they claimed was ‘political activity’ in the NGO’s activities and also foreign funding.  The Perm department also informed that they were planning administrative proceedings against the management of the NGO for not having independently asked to be added to the list, and not having provided accounting documents demanded when an unscheduled check was carried out.

There is particular cynicism in the latter charge since, according to the Perm-36 Director Viktor Shmyrov, the documents are in the museum’s archives which they have been denied access to for almost a year.  This was supposedly in connection with a police check which they learned of only via the media, having received no formal notification.

Shmyrov says that the organization will not accept the ‘foreign agent’ label and will be appealing the justice ministry’s decision.

The Perm-36 Museum opened in 1996 on the site of the harsh regime labour camp in Kuchino, Perm oblast.  It was here that Vasyl Stus died on September 4, 1985 and where Valeriy Marchenko was held before his death in a Leningrad hospital.  Other Ukrainian political prisoners included Yevhen Sverstyuk and Levko Lukyanenko; Russian:  Sergei Kovalev, Gleb Yakunin, Yury Orlov and Vladimir Bukovsky.

The offensive against the Museum began over a year ago, in 2014, when state funding was cut, the director dismissed and even water and electricity supplies cut.

Although purportedly a regional issue, it is of significance that in June 2014 the nationwide pro-Kremlin television channel NTV broadcast two programmes accusing the Museum and its staff of “re-writing history and glorifying Bandera supporters and fascists”.  The NTV programme, entitled “Fifth Column” , “endlessly repeats the neo-Stalinist idea that only Stepan Bandera supporters and those who collaborated with the Nazis were held in Perm-36, with the conclusion that the museum itself is built on pro-fascist and anti-State ideology”.

An appeal launched under the title “Save the Public GULAG History Museum from destruction!” was signed by well over seventy eight thousand people.  The appeal said that “for those who suffered during the years of Stalin’s repression, who lost those closest to them, who experienced huge losses and years of lawlessness, the Memorial Museum was and remains a Monument to the innocent victims, our parents, who died in the camps and prisons of the GULAG.  The work of this museum in the Perm region was for us confirmation that the federal and local authorities had drawn conclusions from the past and were willing to do everything possible to prevent a repetition of the national tragedy of the XX century.”

Russia’s present regime is instead doing everything to rewrite history, with its current version concentrating on a ‘positive’ image of Stalin as ‘good manager’ and ‘strong leader’, and ignoring or justifying the victims of repression.

Tom Baimforth visited the new museum in March 2015 and wrote that what strikes you now is that “the words "Stalin, " "dissident, " or "gulag" are nowhere to be seen.

"We don’t want to take sides, " says Yelena Mamayeva, who recently took the helm as the museum’s new head of exhibits. "We’re trying to talk more about the architectural complex, and not to get involved in assessing specific people who served sentences there, and assessing Stalin and so on. Because right now this is not quite politically correct."

“The new management has planned a number of incongruous events to be held on Perm-36’s territory. They include a World War II memorial event titled No To Fascism and an event dedicated to the Year Of Literature.”

What is politically correct’ in today’s Russia, in Russian-occupied Crimea and among the Kremlin’s proxies in Donbas is increasing popularity for Joseph Stalin, Soviet dictator and mass murderer, and attempts to defame or simply expunge the memory of victims of the Soviet regime.