Environmental civic groups are among the strongest in Ukraine. These activists had a clear sense of the changes they wanted to see after the 2014 Euromaidan revolution and subsequent election of a new government. Many are dissatisfied with the pace of reforms and have even called for replacing the Minister for Ecology and Natural Resources only a few months into his tenure. 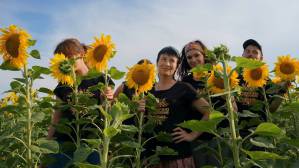 Petro Poroshenko became Ukraine’s first post-Maidan president in June 2014 and a new Parliament (Verkhovna Rada) took office the following November. Poroshenko and the Rada were greeted with a letter signed by 32 international, national, and local NGOs: “Appeal of the environmental community to the President of Ukraine and people’s deputies.” The appeal, coordinated by Environment People Law (EPL), provided recommendations on the appropriate qualifications for future leadership of the Ministry for Ecology and Natural Resources (MENR). The document also urged adoption of several laws to align Ukraine’s environmental regulations with those in Europe. These steps are important because:

“State policy in the sphere of environmental protection and use of natural resources is directly related to the vector of the state development and to answer to the question whether we move towards Europe or we choose the way of underdeveloped country of the third world, whether we care about health of our children or create unfavorable conditions for their life. [..] Attitude to natural heritage is a civilizational issue, and we have to do our best to raise Ukraine to the European level of environmental protection.”

The letter alleged that, in the past, the Minister’s post was typically given to one of the President’s cronies who would use the position to gain access to natural resources. As a result, the MENR has become highly corrupt and many qualified staff have left. To reverse this negative trend, the letter makes specific recommendations for people appointed as Minister, deputies, heads of departments, and other high-level posts. These people should have higher education and significant professional experience in the environmental sector. They should have a working knowledge of European environmental policy and speak a European language, preferably English or German. They should have no conflicts of interest, must release their personal financial records, and declare their commitment to reforming the Ministry following principles of democracy and transparency.

In December 2014,  the Rada appointed a new cabinet and approved the program submitted by each respective ministry – all of these documents were made publicly available. The new Minister appointed to MENR was Ihor Anatoliiovych Shevchenko, a lawyer by training with a career in international business and diplomacy. Shevchenko committed to implement reforms at the Ministry and to accelerate the regulatory changes required by the EU Association Agreement. 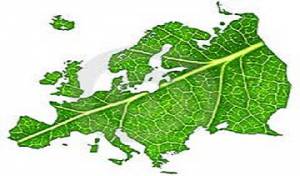 Three months later,  Vox Ukraine posted an editorial summing up the key successes and failures of the new government in its first 100 days in office. They named the MENR as one of the 11 most notable successes:

“Igor Shevchenko, as the Minister of Ecology and Natural Resources, has focused mainly on reforming the area of utilization of natural resources. Through court decisions, he returned to state ownership important gas production assets in Sakhalin oilfield and cancelled 19 illegally issued permits by Golden Derrick LLC on gas and oil extraction. Furthermore, the Minister granted public access to information about all special permits issued for utilization of natural resources. This became a first step towards “openness and transparency” as declared earlier by the Minister.”

When compared with all other Ministries, the National Bank, and Naftogaz (state-owned gas company), Vox Ukraine found that MENR ranked right in the middle (8 out of 19) based on how the general public, the media, and the expert community appraised their work. Interestingly, MENR was one of several institutions that received negative evaluations by the public paired with strong evaluations by experts. Vox suggested that this due to an informational disconnect between the government and the public, i.e. the people are not fully informed about progress at the Ministry.

In contrast to this generally positive review of MENR’s work, the National Environmental Council of Ukraine posted an open letter on April 3, 2015, calling for Shevchenko’s dismissal. The letter, signed by representatives of dozens of NGOs,  asserts that the Minister is not qualified for the post and that his initial efforts are lacking. The letter states:

“Minister Shevchenko has not offered a plan to implement environmental directives under the Association Agreement between Ukraine and the EU. Thus, consciously or unconsciously, he has shown that he considers European integration of the environmental as a low-priority task for the MENR. Mr. Shevchenko shows his contempt for the citizens of Ukraine who came to the Maidan demanding European integration of Ukraine.”

The mixed reviews of Ukraine’s progress on the environmental are emblematic of how Ukrainians feel about their leadership in general. It is challenging for citizens to find a way to support their new government and prod leaders toward change,  while also understanding that Ukraine is at war and patience is necessary. NGOs will continue to exert the most pressure for regulatory reform and this is how it should be. With continued critical input from environmental experts, we should expect that MENR will work its way to the top of the list of successful institutions in a vibrant and modern Ukraine.