Government accused of rigging anti-corruption selection commissionHead of Traffic Police Dismissed after Scandalous Lifestyle ExposedIt’s Tax Time In Ukraine, And Financial Discrepancies Suggest Corruption EnduresBehind the declarations: how public officials lived – and live nowParliamentarians’ secrecy regarding income given judicial OKVerkhovna Rada and Constitutional Court least willing to divulge public informationCourt rejects Verkhovna Rada claim that staffing details are not for the publicOPORA takes secretive Verkhovna Rada Office to courtCHESNO: Office of the Verkhovna Rada flagrantly violating Public Information ActUkrainska Pravda takes parliament to court over concealed informationResidences of Azarov, Lytvyn and Yushchenko to cost the taxpayer 50 million UAHCourt has no problem with parliament not handing over MP’s declarationsVerkhovna Rada Office refuses to hand over Deputies’ declarationsPublic Information Law like a Bolt from the Blue for the AuthoritiesCVU: Ukrainian authorities not ready to be openFirst legal proceedings over alleged infringement of Public Information LawStop Censorship will force Deputies to make their income declarations publicThe Public are most interested in how public funding is spentLaw on Access to Public Information: comes into effectMayor of Uzhhorod bans action in support of Public Information Law
• Topics / Social and economic rights

Rigged and Secretive Fight against Corruption? 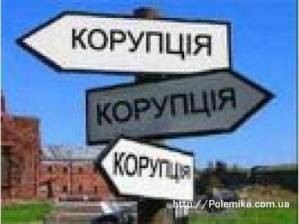 Scandal does not go away by being muffled, and how else can you view the refusal to allow anti-corruption investigative journalists into the first meeting of an anti-corruption commission?  There was certainly a lot that the government wanted to conceal since the commission’s meeting on June 11 really should not have taken place at all, given the scandal over the selection of its members, and two law suits pending.

As reported, Transparency International in Ukraine, the Rehabilitation Package of Reforms [RPR] and other NGOs have made extremely serious allegations about the role of at least some members of the Cabinet of Ministers, including Prime Minister Arseny Yatsenyuk.  They accuse them of effectively rigging the makeup of a commission responsible for selecting people to run the National Anti-Corruption Agency, which will be mandated to check income declarations, etc.  Four of the members chosen, they say, are from NGOs which can be relied on to do what they’re told, while a fifth member is current a civil servant.”   If their allegations are true, then the government has basically used dodgy means to appoint their people to the commission responsible for staffing an agency which will be monitoring them and other public officials.

Transparency International in Ukraine [TI] has lodged two civil suits against the Cabinet of Ministers Secretariat with the first due to be heard on June 24.  They ask the court to declare the actions on May 17 of the Secretariat, and specifically Roman Greba [Minister of the Cabinet of Ministers] in choosing members of the selection commission unlawful and to revoke them.  The court is asked to oblige the Secretariat to hold a new meeting of civic associations to choose candidates for the selection commission.

A second suit was filed on June 10 after it was learned that the Cabinet of Ministers had, nonetheless, affirmed membership of the commission “in grave breach of the law”.  TI’s demands here are essentially the same.

They call on the media and international organizations to give close attention to this issue since the creation of an effective independent system for monitoring and checking officials’ income declarations is one of the main conditions of the EU, World Bank and IMF.

The NGOs accuse the Cabinet of Ministers of having changed the regulations for choosing members and rewriting the requirement that the commission hold eight members to “at least six”.  This, they assert, was how Yatsenyuk reacted to their law suit and claim that the results were rigged.   The amendments breach the law on fighting corruption which specifies that the Anti-Corruption Agency must have 8 members.

They ask the Prime Minister and Cabinet of Ministers to review their decision and carry out an honest selection process from civic organizations.

There has thus far been no response, only the disturbing refusal to allow journalists from the joint UTV-1 / Radio Svoboda Skhemy investigative team to attend the first meeting on June 11.

Skhemy journalists have over the last month exposed precisely the kind of irregularities which the National Anti-Corruption Agency will be responsible for monitoring.   The role of checking the information given on income declarations against public officials’ lifestyle, mega-expensive cars, watches and homes is crucial.  The declarations have up till now been effectively worthless since they are not subjected to any scrutiny, and there was never even liability envisaged for giving false information.

The corruption spanned all parties, making it easy to block any real measures.  The Secretariat of the Cabinet of Ministers under the presidency of Viktor Yanukovych very often refused to provide income declarations, claiming them to hold ‘confidential information’, with such assertions then being upheld by the courts.  Under Yanukovych, judges were freed from having to publish their declarations at all – one of the carrot and stick methods used to ensure ‘loyalty’ from members of the judiciary.

The recent scandals which led to the resignation of Deputy Interior Minister Serhiy Chebotar and newly-appointed head of the Traffic Police Oleh Yershov demonstrated how much still needs to change.  This latest scandal, unfortunately, suggests a lack of political will to do so.