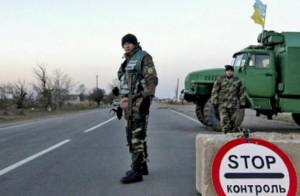 Many reasons can be presented for disputing the current government plans for and Oleksandr Motyl’s justification of a total blockade of Donbas, but two will suffice. The 3 million people in Donbas Motyl refers to are indeed paying an exorbitantly high price.  By no means all shared what he calls “their misguided support for the separatist adventure”, yet all are now suffering.  The people of Donbas are also Ukrainians and judging by the surveys taken of areas liberated from militant control, it is likely that a majority wishes to remain part of Ukraine.  That may change, but could do so because people feel seriously betrayed.

Arithmetic might be a more compelling argument had proper provisions been made for people forced to leave Donbas to build their lives in other parts of Ukraine.  This is quite simply not the case meaning that many people have either stayed, or returned out of need – for work, for a roof over their heads.

Pastor Sergei Kosyak, who has tirelessly worked to evacuate or help people in the Donetsk oblast was blunt about the impact of a total blockade.

“People will survive, but they will never forget the devastating hardship inflicted upon them by our leaders. Those who were against Ukraine will become fixed in their views.  Those who were for it will never wish to live in such a Ukraine”.

All that the government will achieve through such an economic blockade, he believes, is that the demarcation line will become like a state border and the amounts extracted from people for crossing this will be that much higher.  It is only pushing that part of the country towards Russia, he says.

This will suit Russia from the propaganda point of view, and enable lucrative import of Russian goods sold at exorbitant prices, while Moscow will continue its new line of insisting that the regions must remain part of Ukraine.

Sergei Kosyak’s comments were made before the SBU [Ukraine’s Security Service] issued an amended version of its Jan 21 ‘Temporary Order’ introducing a permit system across the demarcation line.

That permit system was condemned from the outset by rights organizations and subjected to criticism by the Office of the UN High Commissioner for Human Rights in its 10th report.  This stated that the permit system had “continued to significantly limit the freedom of movement across the contact line. It was even the case during the height of hostilities in February as many tried to leave the conflict zone. Those seeking to obtain permits face corrupt practices and delays of up to three months. International and national organizations have advocated for the revision of the permit system with no avail to date.”

Some progress appeared to have been made with the SBU creating a working group with representatives from civic organizations to draw up amendments aimed at simplifying the permit system and, presumably, combating corruption.

The amended Temporary Order was published on June 16 and provoked angry response from civic groups with representatives on the working group. Father Sergei said that they had been brazenly conned and Donbas SOS issued a statement stressing that three major changes had not been discussed with the group at all.  These were: the use of tickets between checkpoints with these being issued at one, and then taken away at the second; the issue of transportation of goods by railway, and Item 1.6 which prohibits public transport from crossing the demarcation line.  The SBU state that the ban does not include irregular movement of specific organized groups of refugees; children being taken to camps, sanatoria, etc., but this must be in accordance with a decision from the Coordinating Centre.  Other public transport across the demarcation line has now stopped.

This ban is the main sticking point and Donbas SOS and other civic organizations will be demanding that Item 1.6 is removed.

Said Ismagilov, Mufti of the Spiritual Directorate of Muslims of Ukraine, writes that people are in despair over the termination of bus communications which were the main available means of travelling to areas beyond militant control.  People travelled outside to buy food and medicine at reasonable prices.  Taxi drivers, they say, are already offering their services for astronomical fees.

“Everybody asks one and the same question: “Why have they done this?.... Why is it possible to go from Kyiv to Moscow, by coach if you want, by plane, but it’s not possible to Donetsk?”

If they’re copying the system for Crimea, he says, the situation is different.  There at least Russia has officially taken on responsibility for providing for people, in Donbas nobody is taking responsibility.

“Ukraine doesn’t have the possibility of providing for people on territory not under government control, but that doesn’t mean that people on territory under militant control need to be deprived of free access to transport and purchases of all that is needed. Donbas has not been recognized as annexed territory and there is no official war”.

Given the refusal to do away with the permit system altogether, some innovations are undoubtedly an improvement such as the rejection of paper permits which had simply generated corruption in favour of an electronic system.  Perhaps that will eventually speed up the procedure, but for the moment reports speak of huge queues of cars, as well as people struggling with bags as they exit one bus and have to walk a few kilometres to reach territory under government control and find public transport there.  There will be people who are simply not able to do that, leaving them without any pension or social benefits.  If the current bill tabled in parliament on tightening up the movement of goods is imposed, then people who can’t afford the exorbitant prices generated by demand and scarcity, will be deprived also of medicine and affordable food items.

In his article on the planned total blockade, Yevhen Sereda suggests that one of the most widespread myths, enabling black-and-white oversimplification, is that those who remain in Donbas are all convinced separatists.  He relates comments from a friend who has remained in Donetsk and who, for obvious reasons, is not named.  The person confirms that although there is food in the shops, the prices are insane, and says that he personally has not once seen any Russian humanitarian aid.

Pensions were paid for December, April and now for May, and many pensioners wait virtually around the clock at bank branches to receive money.  Public sector workers received pay for May only, with it unclear whether they’ll be paid for previous months. None of these amounts have been increased and prices have turned them into pitiful amounts.

The person says that people are beginning to understand that what is happening is wrong, “though the propaganda prevents this understanding from becoming stronger.  Russian channels after all do their task”.

The claim “that all those who remained in Donetsk support ‘DPR’ [the self-proclaimed ‘Donetsk people’s republic’] is not true. Many people remain here simply because they have nowhere to go.  To change the situation, somebody must remain.  You need pro-Ukrainian influence not only from outside, but from within”.

None of the queues, the hardship and humanitarian crisis will harm the Kremlin which has consistently demonstrated total disregard for suffering caused. They may highlight the failings of the militants and their inability to provide for the population, but it is by no means guaranteed that this will change anything, especially since Russia and its proxies in Donbas retain control over the media.   The current changes, and, if implemented, total blockade will surely alienate and embitter a large number of Ukrainians at a time when unity is needed, and mutual support.