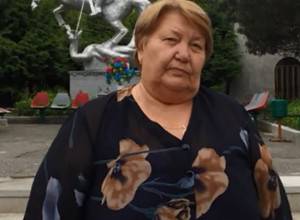 74-year-old head of a Russian Soldiers’ Mothers Committee, Ludmila Bogatenkova on July 1 of one of the charges laid against her three days after a list she compiled of Russian soldiers believed to have been killed in Ukraine was handed to President Vladimir Putin.  It is a sad indictment of Russian justice that the first response to the outcome is relief, since if the prosecution and FSB [Security Service] had had their way it could have been worse.  The judge acquitted her on one charge, and reduced the severity of the second, issued a one-year suspended sentence and immediately amnestied her.  This does not change the fact that she was convicted even after the case was demonstrated to be a farce during the court hearings, and there should have been a full acquittal

Another telling detail was noted by Bogatenkova’s lawyers – Andrei Sabinin and Vitaly Zubenko. Although the regional media had been extremely active and biased in favour of the prosecution in covering the trial, none was present when the verdict was passed, nor were representatives of the alleged victims.

One of these supposed victims, Vladimir Dubrovin, had during an earlier hearing admitted that it was the police who suggested that he lodge allegations against Bogatenkova of fraud.  He was also forced to admit that he had “informally consulted with people in the FSB” before lodging his complaint.

Slightly different versions are given of the actual charges, though the essential point appears to be that Dubrovin alleged that he had paid 800 thousand roubles to Bogatenkova.  This was supposedly to get charges (either against him or his brother) of causing fatal injuries reduced.

The fact that the relatives got mixed up about the amounts paid to Bogatenkova, dates, etc. was used by the judge as reason for reducing the severity of the charges, but not for throwing them out altogether.  The court was not concerned either that at the April 23 hearing Dubrovin  that police officers had come to him and suggested that he lodge the complaint.

Sergei Krivenko, a member of the Presidential Human Rights Council, appeared as witness for the defence at the trial and remains convinced that both the verdict and the entire case were revenge against Ludmila Bogatenkova for her human rights activities.

Bogatenkova recounts that at the beginning of August she was in the Voronezh oblast.  Near Gukova they saw a column of military vehicles with numbers from North Ossetia and Chuvashia.  “We stopped to ask whether something had happened.  The guys in the trucks said that they weren’t local. “Where are you going?”, I asked them. “You know where”, they answered and laughed”.  At that point she says, an officer turned up in a car and demanded to know why they stopped and they moved on.

A while later, Bogatenkova says, a man in camouflage gear turned up and silently handed her an envelope.  It contained a list of names and brief explanation that nine Russian soldiers from the 18th motorized artillery brigade had been killed near Snizhne in the Donetsk oblast.  Eleven men had been injured. Most of the men killed had been from Dagestan.

Bogatenkova wrote to the Military Prosecutor asking that the information be confirmed or refuted and also passed the information to Kryvenko and Ella Polyakova, head of the Soldiers Mothers of St Petersburg NGO and also a member of the Human Rights Committee,  They asked the Russian Investigative Committee to investigate and, if necessary, launch criminal proceedings.  There was no response and on October 13, Kryvenko handed Putin the list at a meeting of the Human Rights Council.

On Oct 17, a search was first carried out of the Soldiers’ Mothers offices, and then police turned up at her home and arrested her on suspicion of ‘fraud on a particularly large scale’.

A court on Saturday, Oct 18 ordered that she be remanded in custody and she was taken 140 kilometres away, to the SIZO [remand prison] in Piatygorsk.  There, however, the SIZO staff refused to admit her, clearly fearing that the then 73-year-old, who was in poor health and in need of daily medication, would die in the SIZO.  Despite this, she was still held for two nights in a police holding facility in Buddyonovsk.

Bogatenkova had refused to accept the lawyer whom the investigators provided and insisted on her own choice, Andrei Sabinin, who was only able to represent her from Monday.  The investigator that day withdrew his own application for her detention and agreed to a signed undertaking that the elderly lady who has trouble even moving without assistance would not ‘abscond’.   Eight months later this squalid case has ended without a real term of imprisonment.  There is nothing else positive to be said.