Russia demands payment for secret shipment of weapons against Maidan 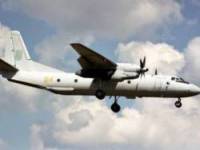 So what was on the plane from Russia, organized with unprecedented speed on Feb 19, 2014, the day before unarmed protesters were gunned down on Maidan and why was all information about the flights classified as secret in both Ukraine and Russia’?

Russia’s Gazeta.ru has reported a strange court case over unpaid aviation costs for secret flights between Russia and Ukraine on February 19, 2014, during the bloodiest days of the Euromaidan protests.  The planeload to Ukraine was almost certainly ‘anti-riot’ equipment for use by the Berkut special forces believed to have been involved in gunning down unarmed protesters.  Since information about the flights is classified, the newspaper can only quote unnamed sources who believe the original flight to Russia may have transported furniture and other items which the then President Viktor Yanukovych and his allies were evacuating to Russia.

The newspaper states that the Russian state enterprise OrVD [Organization of Air Transport], which is subordinate to Russian Aviation, has won in legal proceedings against Ukraine’s Interior Ministry internal forces for unpaid services for the flight of a secret plane through Russian territory. The flight was operated by the Internal Forces Military Unit No. 2269 in the Kirovohrad oblast in Ukraine to an unspecified Russian aerodrome and back on Feb 19, 2014. The amount sought for the flight, conducted under a contract from September 2010, is actually not very high – 29, 347 roubles and 21 kopecks (around 466 EUR).

A source in OrVD told Gazeta.ru that flights organized by the enforcement bodies of other countries over Russia are agreed with several departments, including the FSB and Defence Ministry.  “Consideration of an application for such a flight takes several days. On that occasion everything was decided in a matter of hours”.

The same source said that they had billed the relevant body in Ukraine around 9 days later, but the money had not been received and a representative of the respondent did not appear in court.  He adds that with the court case won, they can – via Russia’s Justice Ministry – seek to get payment through international legal institutions.

The mind boggles and not only because of the relatively modest amount in dispute, but due to the questions the case would inevitably raise. 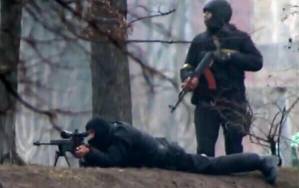 These pertain, for example, to the highly specific timing.  The An-26 plane carried out the flight on Feb 19, 2014.  Although there had been deaths before, the real killings on Maidan began on Feb 18.  On that day, Berkut officers were photographed shooting at peaceful protesters.  The initial bullets appear to have been rubber, but a number of those who died even on that day were killed by real bullets.

A very large number of unarmed protesters were gunned down on Thursday, Feb 20.  It was in response to the carnage, that the EU finally imposed sanctions in the late afternoon of that day.  In the evening, Ukraine’s parliament voted to condemn the violence and to revoke what the Yanukovych regime was calling an ‘anti-terrorist operation’.  The resolution was not legally binding, but did indicate that Yanukovych had lost his guaranteed majority in parliament.  Yanukovych fled that Friday night; however, Gazeta.ru notes reports in the Ukrainian media suggesting that the ‘evacuation’ of Yanukovych’s sumptuous estate at Mezhyhirya began on Feb 19.   Among those who fled with Yanukovych and who are now in hiding in Russia are the ex-Interior Minister Vitaly Zakharchenko and former Prosecutor General Viktor Pshonka, who had amassed huge wealth and possessions, more than enough to fill a plane.

Gazeta.ru received conflicting reports from the aviation people, on the one hand, and enforcement bodies, on the other as to whether the plane was loaded on its flight to Russia.  The question remains whether the secrecy around the flight is not connected with what the plane was carrying

The newspaper’s source in the Russian enforcement bodies told them that on the way back the plane was full of anti-riot weapons for Berkut officers.  He claimed that “Ukraine didn’t have non-lethal weapons and it bought all these things from us”.   He asserts that the load included rubber bullets and stun grenades, as well as equipment for special force officers.

This does not explain why the information about the flights on Feb 19 is described by all who could provide information as ‘secret’.

There were no reports of rubber bullets being used on Feb 20, when at least some of the Berkut officers can be seen on countless videos shooting protesters trying desperately to hide behind shields.  Some of the most distressing footage and witness accounts suggest that those shooting were deliberately aiming to kill.

The freights reported in January came shortly after Ukraine’s parliament voted in draconian anti-protest legislation, which in many aspects aped that passed over recent years in Russia.  Although the protests did not abate, and Yanukovych backed down, many of the provisions, including those allowing seriously dangerous forms of ‘anti-riot’ equipment against protesters, were slipped in through Cabinet of Ministers and Interior Ministry decisions.

Civic activists in Ukraine, as well as many western commentators, repeatedly warned of likely pressure on Yanukovych from Russian President Vladimir Putin.  Many suggested that Putin was pushing for a violent end to Maidan, with blood on Yanukovych’s hands serving to distance Ukraine from Europe and effectively ensure that the EU-Ukraine Association Agreement was never signed.

None of this can be proven, but questions must arise over a planeload organized with unprecedented speed on the eve of the bloodiest day of Euromaidan.  They are questions that Russia is clearly trying to conceal.