The 4 members of the Church of the Transformation abducted , tortured and murdered

A year has passed since the Kremlin-backed militants who had seized control of Sloviansk, Kramatorsk and the surrounding area fled, leaving behind their hostages, at least one mass grave and execution orders.  Ukraine’s authorities are no longer able to cite lack of access yet are still failing to fully investigate what were undoubtedly grave human rights crimes.

Euromaidan SOS marked the first anniversary by issuing a direct appeal to Ukraine’s Prosecutor General and Interior Ministry.  They reminded them that from April to July 2014, “an unlawful armed formation” under the leadership of Igor Girkin (nom de guerre Strelkov) had seized control of that part of the Donetsk oblast and had immediately launched a well-organized campaign of terror against the civil population so as to stifle resistance and establish total control over the region. The authors write that abductions, hostage-taking, torture and extra-judicial executions and murders became an everyday occurrence

Girkin had his headquarters in the Sloviansk SBU [Security Service] building.  Hostages were held in the basement there, as well as in the central police building, and in both places were subjected to torture.  ‘Executions’ were carried out in the police investigators’ offices on the basis of ‘death sentences’ passed by a ‘military tribunal’ made up of militants referred to as “Nos” [Nose], Sedoy [Grey-haired], etc. and .  Some of these executions are known to have taken place.  31-year-old Oleksy Pichko, for example, was ‘sentenced to death’ and shot by firing squad for stealing two shirts and a pair of trousers from a neighbour’s home.  Vitaly Solovyov was 36 when he was arrested in the home he shared with his elderly grandmother, accused of looting and sentenced to death by this same grotesque ‘tribunal’.   Another such ‘trial’ and execution order was of a 25-year-old student who had arrived in Donbas to defend his country.

A mass grave was also found, and Simon Ostrovsky, who was himself taken hostage for a while, reported from the scene as bodies were brought out.

Other victims included Volodymyr Rybak, Deputy of the Horlivka City Council, who was abducted while at a rally in support of Ukrainian unity.  He had sought to remove the flag of the self-proclaimed Donetsk People’s Republic and there is a video of him being seized by pro-Russian militants and taken away.  His tortured and mutilated body was found a few days later together with those of 19-year-old student Yury Popravko and 25-year-old Yury Dyakovsky.  Rybak’s widow, and the two young men’s mothers have long criticized the lack of proper investigation into the killings. 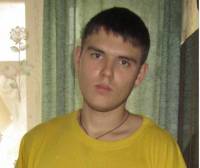 The importance of a full investigation into all such crimes cannot be overstated and not only because the victims and their families are owed as much.  A full and objective investigation of all crimes committed by Girkin and the armed men who seized control in Sloviansk and other cities is of paramount importance in proving Russia’s aggression against Ukraine.”

Girkin is a Russian who was at least until 2013 working for Russia’s GRU military intelligence service.  He was heavily involved in Russia’s invasion of Crimea, before moving to Donbas where he led the heavily armed men who seized control of Sloviansk in April 2014.  He later acted as ‘defence minister’ of the so-called ‘Donetsk people’s republic’, at a time when Russian President Vladimir Putin was still denying involvement of Russian forces in Crimea.  Putin has now fully admitted Russia’s role in Crimea, though continues to deny the heavy Russian involvement in eastern Ukraine.  The Kremlin has consistently pushed the line that the conflict in Ukraine is a ‘civil war’.

Residents were given plenty of cause to fear the return of the so-called ‘DPR’ and the list of crimes committed is long. Yevhenia Zakrevska, who is representing victims of the militants and Euromaidan SOS are frustrated by the piecemeal investigation given that all of these crimes were committed by one group of people with the same basic intention.  A special team is clearly needed.  Instead, not only are there hundreds of totally separate criminal cases, but the departments involved in investigating them do not work together and often don’t even know of the existence of other cases.  “As a result, a year has passed and there is still no full picture of the crimes which makes it impossible to carry out an effective investigation and establish who was responsible.” 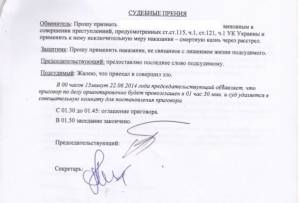 Girkin, who personally signed the large number of ‘death sentences’ that were issued and carried out, is safely back in Russia and would certainly not be extradited to Ukraine to face trial for his role in extra-judicial killings.  Grave war crimes were committed, and whether or not all the perpetrators can be brought to justice, they need to be investigated.

It would be inexcusable to not take the opportunity provided by the huge amount of proof and possibility of questioning all witnesses.  There have been plenty of media reports, with militants effectively admitting to grave human rights crimes in their interviews to western information agencies.  A senior aide to Girkin, for example, told the BBC that yes, there had been ‘executions’, but they had been needed, he claimed, “to prevent chaos”.

Euromaidan SOS have asked the Prosecutor General, Viktor Shokin and Interior Minister Arsen Avakov to ensure that a proper investigation is finally undertaken and a single investigative team created to deal with all crimes linked to those three months under Kremlin-backed militant control.

The victims or families of those tortured and killed need more than pathos-filled words, they stress.  So does Ukraine.