Ukrainian lawyer under attack for criticism of legal system 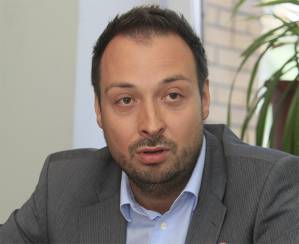 In a move worryingly reminiscent of the repressive measures taken under the presidency of Viktor Yanukovych, the Director of the Legal Aid Coordination Centre Andriy Vyshnevsky is facing disciplinary measures, including possible loss of his licence, for criticizing the National Bar Association.  The disciplinary proceedings initiated on July 3 are especially disturbing given that Vyshnevsky was speaking at a conference on judicial reform held at the Supreme Court building on June 16.  In his address, he said that the main risk for the system of free legal aid “the appalling state of Ukraine’s bar or system of attorneys [advokatura]”.  He called attorneys a main corrupt link at the present time and pointed out that the National Bar Association is not fighting the phenomenon of ‘police attorneys’, and not even expressing a view on this subject.  All of this, he said, was why reform to the system of attorneys was needed, and why at present the system as it exists could hamper the implementation of judicial reform.

The National Bar Association responded with an appeal to the Justice Minister, the heads of bodies of lawyers’ self-government as well as to all defence lawyers.  They asserted that statements like that made by Vyshnevsky were unacceptable and called on lawyers to “express their active position”.  It seems that some attorney councils and congresses have already proven ‘active’ in this.

The Ukrainian Helsinki Human Rights Union [UHHRU] has learned that on July 2 the Kyiv Regional Qualification-Disciplinary Commission initiated disciplinary proceedings against Vyshevsky.  UHHRU condemns the move, saying that persecution of defence lawyers for critical statements places in question the ability of Ukraine’s bar to fulfil its mission.

UHHRU notes with regret “that the trend towards the establishment of a totalitarian model of a system of attorneys which clearly emerged in 2013 has become entrenched in the activities of the National Association of Attorneys of Ukraine.”

This attack on Vyshnevsky is the latest demonstration of increasing totalitarianism within Ukraine’s bar.  If for value judges about the state of the bar at the moment an attorney is to face disciplinary proceedings, then his words about the appalling state of play are absolutely correct.

The ‘judicial reform’ initiated by Yanukovych and his people shortly after coming to power was aimed very overtly at removing any vestiges of independence in Ukraine’s justice system.  If judges were the first target, by 2013 aggressive measures were seen to stamp down on any attorneys who took an independent stand.  A whole stream of disciplinary proceedings were initiated against attorneys who took part in what became termed an ‘alternative congress’.  Those who took part, in fact, considered that they were holding the real conference and said that the originally scheduled event had been hijacked by Kyiv and Donetsk attorneys loyal to the regime.

A brief account can be read in Ukraine’s Bar under Fire.   The measures described there, and grotesque continuation here should all be history.

It is deeply frustrating that they are not, as this attack on Andriy Vyshnevsky shows.