Displaced by Russian aggression, now stripped of right to vote 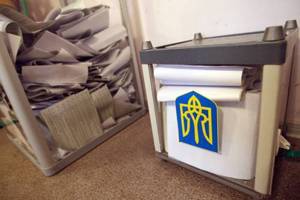 The law on local elections just passed deprives the huge number of displaced people in Ukraine of the right to cast their vote in the elections due in October this year.  Human rights initiatives working with internally displaced people [IDP] are demanding that President Petro Poroshenko veto the bill and ensure that the rights of people who have already lost so much, are not stripped of their electoral franchise.

At a press conference on July 16, they explained that the law states that the territorial community according to which a person votes is determined by their registered place of residence.  Proof of this registration is provided by their internal passport or a temporary document confirming their Ukrainian citizenship.

This means that IDP who are living in another place and who have a document confirming their status as displaced persons, but no stamp in their passport about the corresponding registration will simply not be able to vote in the local elections.

The activists point out that this part of the law does not just infringe the rights of displaced people, but is also in breach of a number of other laws.  Tamila Tasheva from CrimeaSOS points out that Article 70 of Ukraine’s Constitution clearly stipulates that only people under the age of 18, non-Ukrainian citizens or people who are mentally unfit are denied the right to vote.  The new law on the local elections effectively adds one other category – internally displaced persons.

The situation is truly absurd.  The law adopted by Ukraine’s parliament on July 14 schedules local elections for Oct 25 everywhere except in Russian-occupied Crimea and the area under Kremlin-backed militant control in Donbas.   People who were forced to leave those places are thus not able to vote for the local authorities in the place where most remain registered.  Many have understood that they will not be returning and are trying to build a life for themselves in a new place.  They cannot, however, seek permanent registration without losing their status as a displaced person.  The meagre help from the State that this entitles them to is vital to survive for many, if not most of them.

Ukraine’s parliamentarians have not treated the ever increasing number of displaced people well.  It took at least six months to even get a basic law regulating their position and rights passed and that had all kinds of provisions that needed changing immediately.

Ukrainian citizens have the right to vote for their local authorities, and the grounds for the President to veto this new legislative omission seem clear.