Court ACQUITS Roman Landik: he attacked a young woman ’in self-defence’Landik gets suspended sentence and is releasedLandik Trial: Doctor asserts that MP’s son suffered more than his victimTrial begins of Roman LandikRoman Landik and his victim reach an “agreement”Unlike members of the opposition Roman Landik at liberty to wanderRoman Landik extradited to Ukraine to face chargesRussian “extradition check” regarding LandikProsecutor General seeks Landik’s extradition from RussiaCivic activists demand real liability for Deputy’s son LandikProsecutor’s son accused of causing the death of three pedestrians released on bailTwo former subordinates of Yulia Tymoshenko released pending trialJudge is in a hurry with Tymoshenko trialPolish Ambassador: Prosecuting opposition politicians can lead to bad habitsTime to name names, Ms ClintonWhile Lutsenko criticized the court, his property was being frozenUS State Department: On the Prosecution of Ukrainian Opposition LeadersEuropean Commission Ambassador calls conditions of Tymoshenko trial inhumanBBC: Tymoshenko on trial in Kiev for abuse of powerFormer Minister under Tymoshenko, Valery Ivashchenko goes on hunger strike
• Topics / The right to a fair trial

Scandalous acquittal revoked – no ‘self-defence’ in beating up a woman 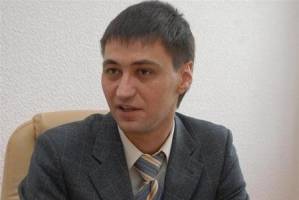 On July 29, the Luhansk Regional Court of Appeal revoked the scandalous acquittal of a former Party of the Regions deputy who was captured on video beating up a woman.  The Prosecutor General’s Office informs that the appeal had been lodged by the prosecutor’s office against the district court ruling which had agreed that Roman Landik was acting ‘in self-defence’.  The Court of Appeal ordered a new court examination.

As reported here, there was public outrage in July 2010 after CCTV footage was posted on the Internet showing Roman Landik, son of an influential Party of the Regions MP, and himself a local deputy, assaulting a young woman who had obviously rejected his advances.  https://youtube.com/watch?v=wf6948LT_VI

The video also elicited concern since nobody appeared to come to the woman’s defence, and the police had obviously also been in no hurry to intervene.  Even in a country where the offspring of the rich and influential all too often enjoy a shocking degree of impunity, this was too much for many Ukrainians.

There was such outcry that even Landik’s father and others in the Party of the Regions promised that Landik would be prosecuted.

He was detained in Russia where he fled following the publicity and was eventually extradited to Ukraine.  Scepticism about the authorities’ commitment to punishing him was exacerbated when, soon after his return, the supposed detainee was observed walking around the street by Luhansk human rights activist Kostyantin Reutsky,

There were clearly behind the scenes efforts to reach agreement with the victim, and when on Jan 19, 2012, a Luhansk court handed down a three year suspended sentence (with a two year probation period) and released Landik, the victim herself reportedly said she was satisfied.

Landik however wanted full acquittal, and his lawyers lodged first an appeal, then a cassation appeal against the conviction.  These were rejected and the sentence upheld.

Until this year when Landik turned to a totally different court in the city of Sviatove. claiming that the case needed to be reconsidered due to ‘new circumstances.  On Feb 4, 2015,   Judge S.O. Yurchenko agreed that Landik had used “necessary self-defence” and acquitted him.

It was only thanks to the Single Register of Court Cases, now reinstated, that the ruling was noticed.  The victim Mariya Korshunova said that she had only learned of that court case on April 20.

Once it became public, the Prosecutor General Viktor Shokin got involved and promised to look into the acquittal.  It has now been revoked, though there is no indication as to whether an official inquiry will be launched into how the case was accepted for consideration when there were no new circumstances, and how Judge Yurchenko could have watched the video and decided that Landik was defending himself.