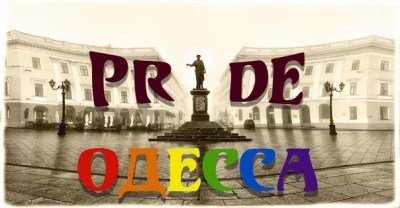 The Odesa District Administrative Court has allowed an application from the Odesa City Council and banned the Equality March planned by the LGBT community for Aug 15.  The grounds presented and accepted by the court were that disturbances were likely and the authorities could not guarantee law and order.

The application, heard on Aug 12, was supported by the Odesa Police.  Kirill Bodelan, Press Secretary for the Odesa Pride 2015 Festival told Dumskaya that the authorities had tried to get all Festival events from Aug 13-15 banned.  They wanted to prohibit even the organizers from gathering in groups of more than 3.  The court hearing apparently went on until 2 a.m.  “After long arguments only the march was banned”, Bodelan says.

Interfax Ukraine reports that the applicants claimed that there was a negative attitude among the public to the Festival, and a high likelihood of violence to participants in the march and disruption of public order.  The court also noted that football matches were scheduled for Aug 14 and 16, and ultimately concluded that the march could present a real danger and threat to public order, and to the safety both of participants and other members of the public.

The organizers say that over 200 people, including foreigners, have registered for the Festival and they are adamant that it will take place.  They have, however, encountered other disturbing problems with people refusing to rent out venues for the events.

There are a number of right-wing organizations, especially Right Sector, who have not only expressed antagonism to the LGBT community, but have threatened members with violence.  They are almost certainly to blame, together with VO Svoboda thugs, for the violence in Kyiv during and after the May Equality March.

Their homophobia is not a valid excuse for restricting citizens’ rights.  This was in fact affirmed by President Petro Poroshenko on the eve of the Kyiv Equality March.  He was responding after Right Sector came out with anti-LGBT and anti-western statements identical to those regularly heard in Russia.  Right Sector also issued an appeal to the Mayor of Kyiv, Vitaly Klichko asking that the march be banned.  The authors of this opus claimed, without providing any evidence, that “the public are very negative in their attitude to such LGBT actions. Most Kyiv residents are believers and against such a phenomenon.”   More details of the ‘arguments’ presented: United in Homophobic Bigotry: Right Sector echoes Russian anti-LGBT line

The Kyiv March did take place with a very large contingent of police brought in to maintain order.  Five police officers were injured during the march, one very seriously.  The Gay Alliance and other civic activists initiated a collection for the injured officer who has thankfully recovered.  10 participants were attacked by masked thugs, presumed to have been from the same far-right parties , after they dispersed.  While commending the efforts of the police and National Guard, Amnesty International in Ukraine was still critical, saying that the authorities should have taken better measures to ensure the marchers’ safety after the event.

It may be understandable, but it is also disturbing that it should be Odesa which has now decided to ban an analogous march.  This is the city which on May 2, 2014, saw violent disturbances and the tragic fire in the Trade Union House, with the loss of 48 lives.

One of the reasons why the events got out of control lies with the police.  15 months later there is frustratingly little progress in establishing who was to blame for the failure to implement an action plan.  This had been drawn up specifically to prevent disturbances that day before, during and after a planned pro-unity demonstration and football match  (See:  Odesa May 2 Investigation: A Failed Test for Ukrainian Justice as well as some limited progress here).

There were well-founded reasons to anticipate trouble back in April-May 2014, with Odesa seeming the obvious next target for Russia’s aggression after Donbas.  The uses the Russia’s propaganda machine has made of the tragedy of May 2, 2014 have only heightened concerns, as have the string of terrorist attacks and separatist fakes.

There may well be grounds for concern now, but these are only heightened when the authorities, police and court are all willing to restrict people’s rights, claiming that they cannot protect them from homophobic thugs.

Photo from the VKontakte page for the Festival
Share this
x