US State Department 2010 Human Rights ReportsRehabilitation not for allOpen letter to the Authorised Human Rights Representative of the Verkhovna Rada of Ukraine, Nina KarpachovaCivic society calls for an independent Human Rights OmbudspersonThree generations of owners of the Ukrainian media
• Topics / We remember 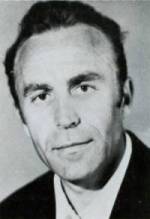 Hryhory Prykhodko, founder of the Ukrainian National Party and twice a political prisoner died on Aug 15, 2015.  He was 78.

An electronics engineer by profession, Hryhory Prykhodko did not consider himself a dissident.  He believed that the place of the individual in society and human rights are directly dependent on the level of freedom of the nation.  It was the interests of the nation that he concentrated on defending.

Prykhodko was arrested for the first time in December 1973 in Kaluga, where he was working as an engineer.  He was accused of having distributed two leaflets of a general democratic content about the rights of nations and human rights, and about social rights. Even though there were only 7 copies of the leaflet and it contained no calls either to violence or to the overthrow of the regime, he was sentenced to 5 years labour camp for so-called ‘anti-Soviet agitation and propaganda with the aime of undermining or weakening the Soviet regime””.  He returned to Dnipropetrovsk after his release in 1978 and remained under KGB surveillance.

He was arrested again in July 1980 following a letter written to Yury Andropov [at that time head of the KGB] in defence of Ivan Sokulsky, poet and member of the Ukrainian Helsinki Group.

Prykhodko was tried in the same proceedings against Sokulsky and sentenced to 10 years special regime labour camp and a further 5 years exile.  He was released in July 1988 under the general pardon (he had not himself asked to be ‘pardoned’).

Following his release, he became actively involved in the Ukrainian national liberation struggle. In February 1989 he began to publish and act as editor of the illegal journal “Ukrainsky chas” [“Ukrainian time”] which was aimed at inspiring Ukrainians to fight for their own state.

In October 1989 he created the first party in Ukraine’s recent history – the Ukrainian National Party (UNP), shattering the governing single-party situation and leading from spring 1990 to an explosive birth of a multitude of parties. The ultimate goal of the UNP was for the people to win national independence and the rebirth of the Ukrainian State in the form of the Ukrainian National Republic (proclaimed by Simon Petlura in 1918).

After Ukraine’s independence Hryhory Prykhodko distanced himself from politics, but remained the publisher and editor of an independent political studies journal entitled ‘Ukrainsky chas’.