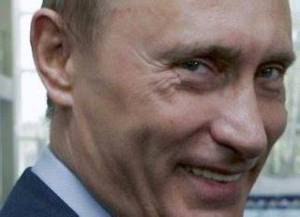 The problem with Russia’s imminent trial of another two Ukrainian hostages is not only the lack of any evidence, but the fact that Russia is in all seriousness accusing the men of alleged support for separatists in the Russian Federation while heavily manning, arming and funding militant proxies in eastern Ukraine

Hot on the heels of the sentences passed by a Russian court on Ukrainians Oleg Sentsov and Oleksandr Kolchenko, Russia’s Investigative Committee has announced that the ‘investigation’ into another criminal case is complete.  The charges against Stanislav Klykh and Mykola Karpyuk are no less breath-taking in their cynicism and violation of the law.  As with the Sentsov and Kolchenko trial, a third person has made a deal with the investigators in exchange for a shorter sentence.  This individual’s testimony will presumably be used to override such inconvenient obstacles as the fact that neither of the two Ukrainians ever set foot in the place of the alleged crime.

The trial of Klykh and Karpyuk is to take place in Chechnya.  This should help to minimize press coverage, but only highlights the multiple questions raised by the secrecy over the case, and the surreal charges.

The Russian investigators assert that UNA-UNSO, described as a “militarized political far-right organization” supported “nationalist ideology, one of the aims and tasks of which was opposition to the Russian authorities in any form and the killing of ethnic Russian citizens of the Russian Federation”.  Four men “and others” are alleged to have been part of this organization: Kaspyuk; Klykh; Oleksandr Malofeyev and Oleksandr Muzychko.

The conflict in Chechnya is described as being about armed gangs aiming at forced secession from Russia and the creation of an independent Islamic stage, and the most radical of the UNA-UNSO people are alleged to have taken part in the conflict on the side of the self-proclaimed Chechen Republic of Ichkeria.

Karpyuk is alleged to have arrived in Chechnya together with Dmytro Korchynsky and other leaders and members of UNA-UNSO.  “There, carrying out the orders of the leaders of the gang, Karpyuk, together with Muzychko, headed a gang named “Viking” which contained members of UNA-UNSO Dmytro Yarosh; Yury Dolzhenko; Oleksandr Malofeyev; Stanislav Klykh; and others”  In Dec 1994 and Jan 1995 Karpyuk; Klyk and Malofeyev, together with others purportedly took part in clashes with Russian federal forces, killing “no less than 30 soldiers” and injuring “no less than 13” other soldiers.

The Investigative Committee claims to have gathered “sufficient” evidence and says that the case against Karpyuk and Klykh will shortly be sent to the court.

Then comes the chillingly familiar detail.  The ‘case’ against another alleged member of ‘Viking’ – Malofeyev – has been separated and sent to the court, since the latter has struck a deal with the investigators.

In the trial just concluded of Sentsov and Kolchenko, the charges were based solely on the testimony of two other defendants – Oleksy Chirniy and Gennady Afanasyev – who had initially ‘confessed’ and made a similar deal in exchange for minimum sentences.  Afanasyev retracted his testimony in court, stating clearly that he had given it under duress.  This was ignored and Sentsov sentenced to 20 years, Kolchenko to 10.

There is every reason to fear that a similar situation is unfolding here.

In declaring all three men political prisoners, Russia’s Memorial commented on the suspicious fixation, against all evidence, on ‘Right Sector’.  This is seen here also since UNA-UNSO merged into Right Sector during Euromaidan.

It is unclear who Malofeyev is, but only one other person of those mentioned – Oleksandr Muzychko - was ever in Chechnya and he was killed in a run-in with the police in Ukraine in March 2014.

51-year-old Karpyuk is indeed the leader of the Rivne branch of UNA-UNSO,   but there the connection ends.  He appears to have fought in Transnistria and in the Georgia-Azkhazian conflict, but not in Chechnya.  Dmytro Yarosh, head of Right Sector, has been one of Russia’s most demonized ‘Ukrainian nationalists’ since Euromaidan, but he also never fought in Chechnya.

Karpyuk disappeared in Ukraine and was almost certainly abducted by Russia’s Security Service [FSB] on March 21, 2014.  He has not been seen since, with a string of potential lawyers having been refused access, with the pretext being given that Karpyuk does not want them.

41-year-old history lecturer Stanislav Klykh has never been in Chechnya and there is nothing to even link him with UNA-UNSO.  He set off for Russia’s Oryol oblast last August to visit a girlfriend he’d met in Crimea and from then on his family knew essentially only that he was in detention.  There has been disturbing secrecy over Klykh’s whereabouts, and it is clear that until recently he only had access to lawyers provided by the investigators who were in no way representing his interests (See: Where being Ukrainian is as good as being guilty).

Two Ukrainians have basically been kidnapped and held in Russian detention for over a year without access to lawyers, to the Ukrainian consul and without contact with their families.  They face charges which are demonstrably false on the basis of testimony given by an anonymous individual who has agreed to ‘cooperate’ with the prosecution.

The thuggery is outstanding, but so too is the brazen stupidity of the charges. Over the last 18 months Russia has been sending soldiers, mercenaries and even some real volunteers to Donbas to fight its undeclared war with Ukraine.  It has provided them with sophisticated weapons including the Buk missile believed to have downed the Malaysian MH17 passenger plane on July 17, killing 298 people.  In December 2014, Russian President Vladimir Putin asserted that Russians fighting in Donbas were not there for money, but heeding “the call of the heart”.

German Chancellor Angela Merkel is reported as saying that Putin is living in another world.  He has certainly lost any sense of how he and his regime are incriminating themselves with every step.