Why such contempt for human rights, Mr Corbyn? 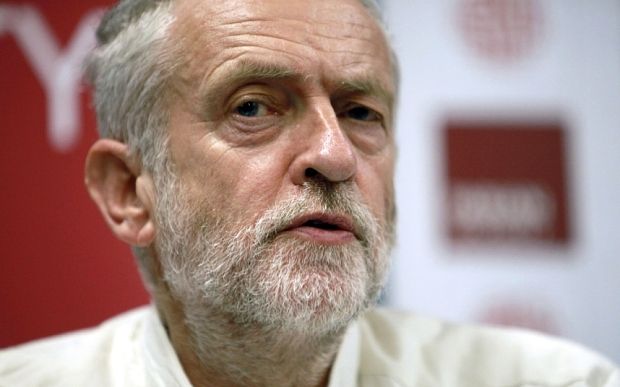 Jeremy Corbyn, frontrunner for the UK Labour Party leadership and therefore a potential UK Prime Minister, affirms a commitment to human rights on his website.  He demonstrates none when it comes to recent events in Crimea, the rest of Ukraine and Russia, and this is not through lack of attention to this part of the world.  His assessment of Russia’s annexation of Crimea coincides nicely with that presented by Russian President Vladimir Putin and on Russian television and he has simply ignored grave human rights concerns under Russian occupation.

In February and March 2014 Russian troops seized control and forcibly annexed Crimea.  Ukraine was too weak, even with the undoubted support of the Crimean Tatar population behind it, to defend its sovereign territory.  The security assurances given by Russia, the USA and UK to Ukraine via the1994 Budapest Memorandum proved meaningless, and Crimea remains to this day under illegal Russian occupation.

The UK’s unwillingness to risk military conflict with Russia is understandable.  Corbyn’s justification for non-intervention is much less so.  He first expressed his views on March 8, 2014, two days after the leaders who had been installed at gunpoint had announced a largely alternative-less ‘referendum’ on joining Russia to be held ten days later, on March 16.   Corbyn did note that “Russia has gone way beyond its legal powers to use bases in the Crimea. Sending unidentified forces into another country is clearly a violation of that country’s sovereignty.”  He then added the non sequitur that Russian President Vladimir Putin had called ex-President Viktor Yanukovych “political history” and expressed woolly hopes for a “reduction of tensions”.

He asserts that one must “recognize the history lurking behind the drama”, and that  “Ukraine’s national borders have ebbed and flowed with the tides of history”.  He then claims significant collaboration with the Nazis during the Second World War and states that “their descendants could be seen bearing Nazi insignia and spouting racist slogans in Kiev only a week ago.”

This is the first of a number of assertions that parrot attempts to discredit Euromaidan made first by Yanukovych, then  by Putin.  They are to this day pushed by Russian state-controlled media, including Russia Today which Corbyn is on record as praising for objective reporting.  The refrain is heard again in an article for Morning Star in April (www.morningstaronline.co.uk/a-972b-Nato-belligerence-endangers-us-all#.VeFnxfmqpBe):  “The far-right is now sitting in government in Ukraine. The origins of the Ukrainian far-right go back to those who welcomed the Nazi invasion in 1941 and acted as allies of the invaders.”

The narrative Corbyn repeats, both with respect to Euromaidan and to subsequent events, has been repeatedly refuted by prominent Jewish figures in Ukraine and by Viacheslav Likhachev, the main researcher on anti-Semitism and xenophobia in Ukraine.  It has also been debunked by the results of both presidential and parliamentary elections in 2014, where both far-right parties did extremely badly.

Corbyn’s chief villains in all parts of the world appear to be the USA and NATO.  In the above articles written shortly after Russia’s invasion of Crimea, he effectively suggests that Russia is protecting itself against attempts by NATO to “encircle it”.  From the Morning Star article, one could forget that it was Russia who breached international law by invading Crimea, and by funding and manning those who were by then already seizing control in parts of eastern Ukraine. Russia’s behaviour was, he claims, “not unprovoked, and the right of people to seek a federal structure or independence should not be denied”.  This is how he describes the seizure of government buildings, airports and military units in Crimea by Russian forces.

It is supposedly NATO whose “belligerence endangers us all”, although there was no question back in Spring 2014 of Ukraine joining NATO.   Corbyn from the comfort of his North Islington home is against Poland and  the Baltic States having been allowed to join NATO, although the Baltic republics are now seriously concerned that even such membership will not prevent Russian aggression.

This, Corbyn will claim, as does the Kremlin-funded Russia Today, is all US / NATO imperialist propaganda.

On a recent interview for Russia Today, Corbyn is reported to have suggested that he would seek closer ties with Russia.   He is in interesting company with the same closer ties currently being promoted by a number of far-right parties in Europe including France’s National Front; Hungary’s Jobbik; and Bulgaria’s Ataka Party.  It was members of a number of far-right and some neo-Nazi parties who were invited to Crimea to ‘observe’ the March 16 ‘referendum’, and then in November ‘elections’ held by the Kremlin-backed militants in Donbas.

It is obvious why Russia Today ignores or denies the mounting evidence of human rights abuse in Crimea and in areas under Kremlin-backed militant control in Donbas.  It is unclear and disturbing why Corbyn is following suit.

The following are just some of the developments that cannot be attributed to US or NATO propaganda.

A serious attack on Crimean Tatar leaders and the Crimean Tatar Mejlis or representative assembly.  Crimean Tatar leaders Mustafa Dzhemiliev and the Head of the Mejlis Refat Chubarov have been banned from their homeland. Dzhemiliev’s son Khaiser has been taken to Russia and is facing a lengthy term of imprisonment with his father unable to even visit him.  The Deputy Head of the Mejlis, Akhtem Chiygoz has been in detention since Jan 2015 on legally absurd charges of involvement in a demonstration on Feb 26, 2014, i.e. before Russia’s invasion and annexation.  The vast majority of Crimean Tatars opposed Russian occupation from the outset and they have been increasingly targeted in repressive measures aimed at forcing them into exile or silence.  Chiygoz believes that his ongoing detention is specifically because he has made it clear that Crimea is his homeland and he is not leaving.  Russia forced virtually all Crimean Tatar and independent Crimean media to close or move to mainland Ukraine.   The investigation into the murder of Reshat Ametov, abducted from his peaceful protest outside parliament and tortured to death has been terminated, and the occupation authorities have made no attempt to investigate the abduction and / or forced disappearances of a number of other civic activists and young Crimean Tatar men.

A Euromaidan activist Oleksandr Kostenko is facing a 4-year sentence on equally absurd charges relating to an alleged incident in Feb 2014, before annexation and in Kyiv, not Crimea.  His father has disappeared in mysterious circumstances and all attempts to get the clear evidence that Kostenko was subjected to torture have failed.

The same is true of Russia’s “absolutely Stalinist” Crimean show trial of renowned Ukrainian film director Oleg Sentsov and left-wing civic activist Oleksandr Kolchenko.  They, together with two other opponents of Russian occupation were arrested, almost certainly tortured and then taken by force to Russia where Sentsov has now been sentenced to 20 years quite literally for nothing.

At least one blogger is in detention for writing articles critical of Russian occupation.  Ukrainians who held a meeting where they laid flowers in honour of the Ukrainian poet Taras Shevchenko and read his works were prosecuted for holding a ‘prohibited symbol’ – a Ukrainian flag.  Similar cases of harassment are ongoing.

All faiths except the Russian Orthodox Church are facing repression in Crimea. The same is also true of the so-called Donetsk and Luhansk people’s republics in Donbas.

The list of very serious concerns – of hostage-taking; extra-judicial executions and torture carried out by Kremlin-backed militants in Donbas – is very long.

Does Corbyn really see all of this as the fault of NATO?  Does he genuinely believe that Amnesty International, Russian human rights organizations, as well as the slain opposition politician Boris Nemtsov were all duped (or paid?) by NATO when they revealed details of direct Russian military involvement and deaths in Ukraine?

Or does he not care?  This, one assumes, is the case with former German Chancellor Gerhard Schroeder who found it lucrative to move to Russia and become a spokesperson for Gasprom.  It is likely that Marine Le Pen has similar reasons for supporting Russia’s position on Crimea and eastern Ukraine.

It would be a damning position for a future leader of the United Kingdom.

Please note that any objections, criticism or abuse should be directed solely at the author