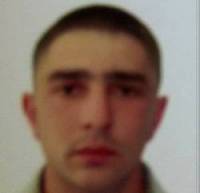 Two of the three Crimean Tatar men who disappeared over the last week were found dead after the initial report here of their disappearance.  Their bodies were found buried near a café outside Simferopol.  Both had knife wounds.

After some initial doubts, it seems that Nariman Dzhelyal, the First Deputy Head of the Crimean Tatar Mejlis, or representative assembly is convinced that 29-year-old Memet Selimov and 31-year-old Osman Ibragimov were killed in a dispute over a young woman.  A suspect has been detained.

It appears that the authorities have tried to gain political mileage out of the tragedy by stressing the Ukrainian nationality of the suspected killer.

That, unfortunately, is provided without any update.

In the early evening of Sept 27, 2014, 19-year-old Islam Dzhepparov and his 23-year-old cousin Dzhevdet Islamov were abducted from Sary-Su near Belogorsk in the Crimea.  They were forced into a dark blue Volkswagen Transporter and taken away in the direction of Feodosiya.  Despite immediate notification of the police with even the van’s registration number known, the young men have never been found nor has anybody been detained over their abduction.

Islam Dzhepparov’s father met with the head of the occupation government Sergei Aksyonov on Oct. 1.   Abdureshit Dzhepaparov reported that everything had been done to provoke Crimean Tatars to take some kind of action in retaliation.  There were snipers, he said, on the roofs around the building where the meeting was to take place, people saw jeeps with men carrying machine guns, and around the city there were a lot of soldiers.”

Two days after the abduction, on Monday Sept 29, 25-year-old Edem Asanov set off for work at the Prymorye sanatorium in Yevpatoriya.  His body was later found in an abandoned sanatorium.  The authorities claimed that he had killed himself.

23-year-old Crimean Tatar Apselymov Eskender disappeared on Oct 3 after leaving  his flat in Simferopol for work.

These are only cases which received media coverage.  Veteran Crimean Tatar leader Mustafa Dzhemiliev has spoken of 18 young Crimean Tatars having disappeared.

At very least 3 civic activists have disappeared since May last year.  All were known to have opposed Russia’s occupation of Crimea.  More details about the disappearance of Leonid Korzh; Timur Shaimardanov and Seiran Zinedinov here.

It is wildly assumed that at least the civic activists were abducted, and unfortunately probably killed, by the so-called self-defence militia, the heavily armed paramilitaries who helped Russian soldiers and Aksyonov’s occupation regime gain control.

After the four abductions within 2 weeks, which coincided with a major offensive against the Mejlis, armed searches, etc., the exiled Head of the Mejlis Refat Chubarov wrote that Crimea was descending into terror and fear.  He recalled chilling words written by Memorial about the Northern Caucuses.  “Abductions are carried out by staff both of the local, and the federal enforcement bodies. A number of the abductions take place according to the classic, “Chechen” scenario, when armed men in masks burst into a home and take the person they want away. However many abductions are carried out very ‘professionally’: a person leaves his home and doesn’t return, or later he’s found murdered.”