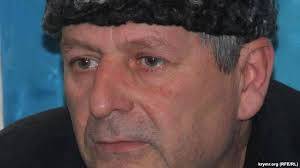 Russian President Vladimir Putin is due to address the UN on Sept 28, 2015.  In the likely absence of a hard-hitting attack over Russia’s invasion and annexation of Crimea, we can at least tackle him on specific victims and violations under Russian occupation.

The ‘Feb 26, 2014 Case’ is an appropriate starting point for a number of reasons, most specifically the following:

The legal absurdity of any prosecution over a demonstration that took place before annexation and therefore under Ukrainian law.  Russia’s own legislation prohibits such proceedings;

The clear targeting of Crimean Tatars ;

The ongoing detention of the Deputy Head of the Crimean Tatar Mejlis, or representative assembly Akhtem Chiygoz; father of four Ali Asanov and 26-year-old Mustafa Degermendzhy;

Strong grounds for believing that various forms of unlawful duress are being applied to extract false testimony against Chiygoz, as the highest-ranking member of the Mejlis since Russia banned its Head, Refat Chubarov from his homeland.

Against Crimean Tatars and specifically the Mejlis

The first arrest was of Akhtem Chiygoz on Jan 29, 2015.  He was taken into custody on charges of ‘organizing and taking part in mass disturbances’, namely a demonstration 10 months earlier which had taken place the day before Russian soldiers seized control in Crimea, and 20 days before Russia formally – and illegally – annexed Crimea.

The move was difficult not to view in the context of the ongoing offensive against the Mejlis, which had been unwavering in their opposition to Russia’s occupation.  It was typical that the Russian Investigative Committee’s statement constantly refers to the “civic organization “Mejlis of the Crimean Tatar People”, i.e. one NGO among many.

There were around 10 thousand Crimean Tatars and Maidan supporters who gathered outside the parliament building in Simferopol because they feared plans were underway to push through a bill changing Crimea’s status.  They were opposed by a smaller number of pro-Russian demonstrators led by Sergei Aksyonov, then the leader of a marginal pro-Russian party in the Crimean parliament.  Aksyonov was installed as self-proclaimed leader on Feb 27 after Russian soldiers seized control. 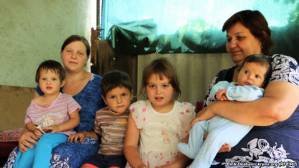 There have been numerous arrests and interrogations, and a few other people are also facing trial on these extraordinary charges.

It was obvious from the outset that Russia had no intention of releasing Chiygoz from custody.  There appears to be only one reason for holding Asanov and Degermendzhy in detention, that being to extract false testimony against Akhtem Chiygoz, Deputy Head of the Mejlis or Crimean Tatar representative assembly – or to punish them for not giving it.  Asanov and his family have reported from the outset that he was clearly told that he would be freed if he denounced Chiygoz.  Asanov is the only breadwinner, and has four small children and an ailing father, all of whom the occupation regime is using as hostages.  Degermendzhy’s appeal against baseless detention was heard and rejected on Aug 28.

Three men are in detention and a number of other Crimean Tatars are facing charges that are legally absurd since they pertain to a demonstration that took place before Russian soldiers seized control in Crimea, under Ukrainian jurisdiction and law.

Even if we ignore this, then any testimony now provided will still run up against ample video footage clearly demonstrating that all members of the Mejlis actively sought to prevent conflict during the demonstration on Feb 26, 2014.

It must, however, be said that the recent trials of Maidan activist Oleksandr Kostenko in Crimea andCrimean film director Oleg Sentsov and civic activist Oleksandr Kolchenko in Russia give no grounds at all for expecting justice.  In both cases, clear evidence that testimony was extracted under torture; lack of legally justified charges and of any proof whatsoever were simply ignored by investigators, prosecutor and judges.

During the recent appeal hearing Chiygoz said that having witnessed how “the punitive and judicial system” can refuse to release a man who has four small children, he has no illusions.

“They’ve had us on trial for 70 years and unfortunately I see no change.  Is it really the role of the law enforcement bodies to accuse people without any grounds of things they didn’t do?  And all the judges simply oblige, and complete the punitive operation”.

“It is befitting to fight for the rights of ones people, for our rights.  And I believe that we will get through with dignity despite the repression that we are facing from today’s prosecutors and investigators”.

All the material clearly demonstrates that he had no relation to the charges they have trumped up and he can therefore only speak of a travesty of a trial.  “You still won’t succeed in intimidating all Crimean Tatars !”

They have assuredly not intimidated them all since Chiygoz’s speech was at that point greeted by applause from the courtroom.  In commenting on this case and the repressive measures against Crimean Tatars, Nariman Dzhelyal, First Deputy Head of the Mejlis said that he was afraid of getting used to injustice, like millions of Russians.

The Crimean Tatars are in their homeland which was occupied by Russia and are now facing overt repression.  Nobody should get used to that.