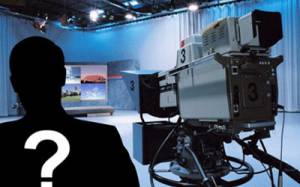 Ukraine has taken an urgently needed step towards ensuring that the public know who is behind the news they receive.  With media transparency increasingly understood as having impact on national security, it is no accident that the law now passed prohibits residents of an aggressor state from owning corporate rights in Ukrainian broadcasting companies.

On Sept 3, Ukraine’s Verkhovna Rada adopted important amendments on ensuring media transparency in Draft Law №1831 *  It was, as expected, a narrow victory with the bill initially supported by 225 MPs, then by 237 during a second vote.

A fine will be imposed for failure to provide information, for providing it late or for not telling the truth about the ownership structure.

One problem with previous laws demanding provision of information was the lack of effective penalties for non-compliance.  The bill just passed imposes a fine of 25% of the licence fee which is at least a significant amount.

The National Broadcasting Council will, in turn, be obliged to provide detailed grounds for any decisions regarding the issue or refusal to issue or renew a broadcasting licence.

The law passed fulfils Ukraine’s obligations to the Council of Europe under the 2005 PACE Resolution (No. 1466).  Council of Europe experts had provided recommendations on the law now adopted, with most of these seemingly heeded.  At a conference in June, Jan Tombiński,  the Head of the EU Delegation to Ukraine, said that adoption of the law would bring Ukraine into line with best European practice and use to achieve “deoligarchization of political and economic life in Ukraine. Citizens and State authorities have the right to know who owns the individual media outlets in order to prevent a concentration of media power in several hands and abuse of media freedom.”

At the same conference, Council of Europe media expert Lasho Tugushi pointed out that simply knowing who the owners are is not enough without knowing whom they’re funded by.  That level of financial transparency is not provided for in the draft bill, probably because it was already touch and go whether politicians, many of whom themselves have media interests, would support it.

The bill was tabled by Mykola Knyzhytsky (People’s Front) and Vadim Denysenko (Bloc of Petro Poroshenko).  Among those involved in drafting it was Roman Holovenko from the authoritative Institute for Mass Information (IMI) and the bill was strongly supported by the journalists who first entered parliament in the 2014 parliamentary elections, including Viktoria Syumar, Chair of the Freedom of Speech committee.  After the bill was passed at its first reading in June, Syumar predicted difficulty in getting it finally adopted, and she was clearly euphoric on Thursday that they had succeeded.

Media ownership has always been highly secretive in Ukraine.  One of the first things that Viktor Yanukovych did after becoming President in 2010 was to bring most nationwide television channels to heel, with the level of discussion on television becoming bland and uncontroversial within a disturbingly short amount of time, and information regularly muffled or distorted. The offensive against the independent channel TVi began almost immediately, and then in April 2013, there was a highly murky apparent takeover of the channel.  In June 2013, there were a number of major changes in media ownership, all widely assumed to be aimed at ensuring that Yanukovych’s people controlled all media in the run-up to the 2015 elections.  Euromaidan put an end to those plans.

During the Maidan protests, the main nationwide television channels were full of reports as tainted with lies and distortion as those now seen on Russian television.  The day after protesters were gunned down, journalist Lidia Pankiv told a stunned Inter presenter and his audience that all the journalists involved had blood on their hands.

Most government-controlled media in Russia have been waging a virulent propaganda war since Euromaidan.  There is no concealing the degree to which the media are players in the undeclared war against Ukraine, and this was acknowledged in one of the amendments to the bill, voted on and adopted separately.  Unless Poroshenko vetoes the bill, and there seems no reason why he should, legal entities or individuals who are residents of any country designated by Ukraine’s parliament to be an aggressor state (at present, only Russia) will from now on be prohibited from found or taking part in Ukraine’s television or radio broadcasting companies.

*  (full title: "On amendments to some laws of Ukraine to ensure the transparency of media ownership and implementation of the principles of state policy in the field of television and radio broadcasting»