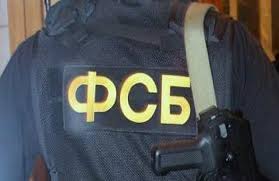 The FSB have carried out three searches of private homes with the aim seemingly of intimidating the friends and neighbours of Ali Asanov, one of the Crimean Tatars in custody on legally absurd charges together with Crimean Tatar leader Akhtem Chiygoz.

Eskender Bariev, Coordinator of the Crimean Tatar Rights Committee reports that FSB officers turned up at around 9 a.m. on Sept 8 at the homes of two Crimean Tatar families who are friendly with the Asanovs and at the home of the Asanovs’ (non-Crimean Tatar) neighbours in the village of Urozhainoye.  Despite the obvious targeting of people linked with Asanov, the search warrants were supposedly issued in connection with the theft of a moped and phone.

In total breach of the law, the officers brought their own ‘witnesses’ with them and refused to allow the neutral witnesses proposed.  They behaved in a boorish fashion and turned the homes upside down.

33-year-old Ali Asanov was arrested on April 15, when Elnare was 7 months pregnant with their fourth children.  The family is poor, living mainly off the land.  They have a small agricultural business where, until Russia’s annexation of Crimea, they grew grain.

With four small children (the youngest, Mustafa, was born in June), as well as an invalid father who lives with the family, it is clear that Ali Asanov should not be held in detention.  This would be true even if there were serious charges to answer.  In fact, Asanov is accused of involvement in a demonstration which took place before Russia’s invasion of Crimea and over which it has absolutely no jurisdiction.

Elnare has not even been allowed to visit her husband, and he saw his fourth child in the courtroom.   Her children are mostly too small to understand but see what is happening.  Their eldest son, Muhammed burst into tears in the court when he saw his father behind bars. He thought they’d release him and went out into the corridor crying “Let Daddy go!”.   He won’t let anybody near the tractor that his father uses to plough the fields.  Although Elnare’s mother helps look after the children, the load on the mother of four is enormous.  Friends in Simferopol help to get food to her husband in the SIZO [pre-trial detention centre].

The Head of the Mejlis of the Crimean Tatar People, Akhtem Chiygoz who has been in custody since Jan 29, this year, on the same insane charges, recently said in court that Ali Asanov and Mustafa Degermendzhy are being put under pressure to testify against him.  Elnare was asked for her comment: “How can you testify about something that didn’t happen?”

Asanov was initially held after his arrest on April 15 in a police station in Bakhchysarai where, his family say, they tried to get him to ‘confess’ to causing the death of two people through carelessness, saying that they’d let him go home if he did.

The prosecutor and judges have consistently ignored the lawlessness of the charges themselves which are even illegal under Russian legislation.  In disregarding the fact that Asanov needed to be at home with his family, the court has argued that he is charged with a serious crime carrying a sentence of 3 to 8 years, that Asanov denies the charges and that he had supposedly fled from the scene of the event and had not informed the police.  They have also tried to use the fact that he is a Ukrainian national as reason for thinking that the father of four small children would abscond.

There have been a number of threats about supposed checks as to whether he is “not implicated in other crimes, including of an extremist nature”.

There are serious grounds for viewing this case, including the ongoing detention and needless ‘searches’ as aimed at terrorising Crimean Tatars into leaving their homeland and especially at crushing the Crimean Tatar Mejlis, which has been consistent in its opposition to Russian occupation.