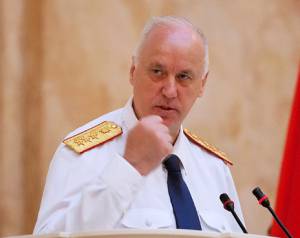 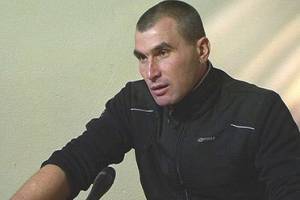 Russia’s Investigative Committee has been forced to abandon war crimes charges brought against one Ukrainian and based entirely on ‘confessions’ obtained through torture.  Serhiy Litvinov’s lawyer Viktor Parshutkin was able to prove that the alleged victims and addresses where the crimes were supposed to have taken place did not exist, and a prosecutor’s investigation has established that the ‘crimes’ never happened.

The news is not all good.  In order to save face, the Investigative Committee [ICRF] has fabricated a minor theft charge, however the lurid claims of murders, rapes, etc. to which Litvinov ‘confessed’ to stop the torture have been scrubbed.

As reported, 32-year-old Litvinov crossed into Russia on August 22, 2014 quite literally because of an inflamed tooth.  The cowherd who has learning difficulties lives in a Luhansk oblast village near the border with Russia.  It was common in emergencies for people to cross to the nearest hospital which was in Russia.  This should certainly have changed now, with Litvinov’s experience makes it chillingly clear why.

After receiving treatment for the inflammation, he was placed in a ward with wounded Kremlin-backed militants from the self-proclaimed ‘Luhansk people’s republic’.  They got it into their head that he was a Ukrainian volunteer and presumably ‘reported’ him.  Three men in camouflage gear and masks turned up at the hospital and took Litvinov away.  He alleges that they suspended him from a tree and connected an electric current to his arms and legs; fired shots next to his ear; and slashed his thigh with a knife, as well as hitting him in the chest, stomach and around the head.  Under such torture, he was willing to ‘confess’ to however many rapes and killings they demanded.

He was returned to the hospital to be cleaned up, but then the next day taken to the Department for Fighting Organized Crime, where he was also beaten mercilessly.  The men beating him did not hide their faces, and he saw one of them in the court during the detention hearing.  He tried to inform the court of this, but the judge didn’t want to know.

Litvinov has been in custody ever since and for a long time, as has been the case with almost all Russia’s Ukrainian hostages, he was held incommunicado.

It became clear at the end of September 2014 that he was being charged as part of the huge ‘Ukrainian file’ together with Nadiya Savchenko, Ukraine’s Interior Minister Arsen Avakov; the then Dnipropetrovsk Governor Igor Kolomoisky and others.

ICRF had originally announced that it was ‘investigating’ alleged genocide against the Russian-speaking population of Donbas’.  A few days later, ICRF spokesperson Vladimir Markin pushed this claim, asserting that “the character and style of the murders carried out by the National Guard and Right Sector resemble other similar crimes which the Dnipro Battalion Private Serhiy Litvinov describes in detail in his testimony.”

Due to health reasons, Litvinov never even did military service and was certainly not in the Dnipro Battalion.  It is not necessarily easy to prove that a person did not do something if they were herding cows at the time.  Fortunately, Parshutkin agreed to take on the case in April this year and began making a real investigation into the ICRF allegations that Litvinov had killed “no less than 30 male civilians” and raped and murdered 8 women whose husbands were refusing to join the Dnipro Battalion, as well as one 12-year-old girl.

The formal requests for information to the relevant authorities showed that none of the people named were registered in the area where the supposed crimes had been committed, and the addresses given were also fictitious.

As mentioned, on the basis of the procedural documents which Parshutkin provided, the Luhansk regional prosecutor’s office carried out its own investigation and concluded that the alleged crimes had not taken place.  Ukraine’s Defence and Interior Ministries also confirmed that Litvinov was not and had not been in the army or the Dnipro Battalion.

Having understood the full weight of evidence against them, the Investigative Committee has opted to claim that Litvinov stole two old cars, one a pile of scrap metal, from a Russian national called Andrei Lysenko – and all of this on Ukrainian territory.

The ICRF, through its head, Alexander Bastrykin, is, however, maintaining its story against two other men: Stanislav Klykh and Mykola Karpyuk.  As reported, Bastrykin’s claims that Russia has evidence that Ukrainian Prime Minister Arseny Yatsenyuk fought in Chechnya in the 1990s were not as hilarious as many people originally assumed.  They are clearly based on testimony tortured out of the two men, neither of whom was ever even in Chechnya.  Klykh now has a proper lawyer and has made a formal statement regarding the torture he was subjected to and retracting all testimony (see: The Chilling side to Russia’s claims about Yatsenyuk as Chechnya fighter).

Very clear evidence that all four men arrested in Crimea in May 2014 had been tortured, including Gennady Afanasyev’s courageous statement in court, did not prevent a Russian court from sentencing Ukrainian filmmaker Oleg Sentsov to 20 years imprisonment, and civic activist Oleksandr Kolchenko to 10.   There are very serious grounds for fearing a similar travesty of justice in the trial of Klykh and Karpyuk now beginning.

It is  important for all these Russia’s Ukrainian hostages to know that they are not forgotten.  Please write to one or more, using the addresses and suggestions here