Ukraine shoots itself in the foot with unexplained sanctions 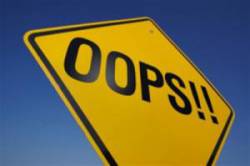 With Ukraine facing such clear threats to its national security, it should not be letting incompetent officials compound the dangers  The Foreign Ministry began drawing up a list of individuals and entities to face sanctions back in February this year.  There was, therefore, plenty of time for the Ministry and the National Security and Defence Council [NSDC] to have done their homework and avoided predictable fallout from an inept list.   The fiasco is especially frustrating as it has effectively blurred legitimate objections to the role of media workers, mostly from Russia, whose coverage of events in Donbas, for example, has nothing to do with journalism.

There were statements on Thursday from both Dunja Mijatović, OSCE Representative on Freedom of the Media and the Committee to Protect Journalists condemning Ukraine’s move and demanding that all sanctions against journalists be removed.

CPJ, for example, asserted that “while the government may not like or agree with the coverage, labelling journalists a potential threat to national security is not an appropriate response. In fact, this sweeping decree undermines Ukraine’s interests by blocking vital news and information that informs the global public about the country’s political crisis."

At the beginning of the conflict in Donbas, Mijatović condemned any attempts to restrict the activities of Russian journalists in Ukraine.  Later she acknowledged  that journalists were engaged in dangerous propaganda and that the governments behind this should be ‘named and shamed’.

Many Ukrainians would question whether the activities of reporters from certain Russian propaganda channels can legitimately be considered journalism.  That view would be endorsed by former employees of some pro-Kremlin channels who recently described the role they played in what was openly called a no-holds-barred information war and ‘propaganda machine’.  We are not dealing with a legitimate presentation of alternative views where material is deliberately manipulated or falsified in order to claim that, for example, Ukraine's army is "carrying out genocide against the Donbas population" or that radicals deliberately burned people alive in the Trade Union building in Odesa on May 2, 2014.   This is standard fare on many Russian television channels with such lies being used to justify Russia's aggression against Ukraine and, in many cases, to con young men into fighting on the Kremlin-backed militants' side.

The problem is not per se the inclusion of journalists on the list but the lack of any rationale about who is on it and who omitted.  The list of journalists, for example, does not include Yulya Chumakova who gained notoriety in July 2014 for her ‘interview’ of an alleged refugee who claimed to have witnessed the crucifixion of the three-year-old son of a militant.  The fake refugee gave a number of details about Sloviansk which proved she was not from there, and the story was not backed by any evidence, but was presented entirely uncritically as yet another heinous crime committed by Ukrainians.

Oksana Romanyuk from the Institute for Mass Information, therefore, agrees that all journalists now on the list should be removed, but she believes that the list should then be reviewed with representatives of the media and media experts.

The packaging of this list all around could not have been more incompetent.  In some cases, for example, the fact that a person is a journalist is largely irrelevant.  Magdelena Tasheva is listed as a Bulgarian journalist which she may well be, but it is not the reason for sanctioning her.  Tasheva was part of a delegation from Bulgaria’s extreme right Ataka party which visited Crimea in February and publicly assured Crimean officials of their party’s recognition and support for Crimea “as part of the Russian Federation”.

Such visits are in breach of Ukrainian legislation and it seems reasonable to impose sanctions.  The same applies to all of those, journalists, politicians or others who supposedly ‘observed’ the pseudo-referendum on Crimea in March 2014, in Donbas in May 2014 and ‘elections’ in the Kremlin-backed ‘republics’ in early November 2014.  There must, however, be consistency, with all involved facing sanctions.   If, as has been suggested, people have ended up on the list because they crossed a border into occupied territory illegally, then this needs to be clearly stated so that others know what will incur sanctions.  At the moment, unfortunately, it’s anybody’s guess.

Many of the Russians on the list – such as State Duma speaker Sergei Naryshkin; Defence Minister Sergei Shoigu and the head of Russia Today Dmitry Kiselyov – are there with good cause, yet even here there is no full consistency.  As journalist Vahtang Kipiani pointed out, if only one Russian deputy Ilya Ponomaryov voted against Russia’s forced annexation of Ukraine’s territory, why are the others not all under sanctions?

For the moment Ukraine’s security officials have demonstrated that anybody can end up included or omitted from the list, and it will take more now than merely backtracking on 6 journalists to counter the blow that this has dealt the country’s reputation.