Russian jailed for 14 years for a job application 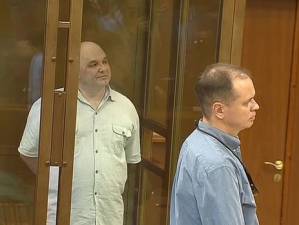 Gennady Kravtsov, a 36-year-old radio engineer, has been convicted of state treason and sentenced to 14 years maximum security prison because of a letter he wrote in search of a job having waited the requisite five years after leaving his post  his post in military intelligence [GRU].

The sentence was passed in a closed court hearing by Judge Nikolai Tkachuk.  Kravtsov’s lawyer Ivan Pavlov writes that the sentence was fully in keeping with the nature of this ‘trial’ in which every single application from the defence was rejected.

Pavlov points out that the prosecution’s case was based on secret normative acts which the defence were not allowed to see.

In fact, Kravtsov was himself unable to see some of the orders which he supposedly breached since they were passed after he left military intelligence.

The situation was in grave breach of fundamental principles of law since the accused was prevented from preparing for his own defence by working with the material of the case since that was classified as secret.

The main ‘evidence’ against Kravtsov was an expert assessment as to whether there had been secret information in the letter sent.  Since this contained many terminological inaccuracies, the defence prepared over 200 questions. These they were prevented from asking since the judge turned down their request to have the experts summoned for questioning.  Pavlov notes that in the case of Grigory Pasko, the initial 60 points of the indictment were reduced to two after the questioning of experts.

The prosecution claimed, and the court accepted, that Kravtsov had passed secret information to Sweden about the Tselina-2 military space-based radio surveillance system.  How state secrets could seriously be revealed in a job application remains a mystery.

Pavlov said in an interview after the court verdict that various options are now open to them.  They will certainly appeal against the rule, with this relatively straightforward given the huge number of infringements.   They will also turn to the Constitutional Court since there are issues here of a constitutional-legal nature.  The most glaring issue is the use in court of unpublished normative acts which the defendant was not allowed access to, of which some were published after he had left his job.

“Kravtsov was accused of breaching rules he isn’t allowed to see.  This is legal nonsense.”

The defence was also prevented from seeing the normative acts and, according to Pavlov, was generally restricted in their access to the file material.  The level of secrecy and restrictions on the defence’s access, he adds, are far worse than during the 2001 trial of Grigory Pasko.

Both the prosecution and the court totally ignored another requirement, namely the need to prove that Kravtsov’s actions were aimed against Russia and were harmful to Russia’s security.

Why such ‘treason charges’?

Pavlov’s answer to a question about the reason for such trials is chilling: promotion.  All of those who took part in a case can expect to be promoted.

This was doubtless the case in the trials of Valentin Danilov, Igor Sutyagin, Pasko and many others who were convicted of treason or spying for revealing, for example, information widely available on the Internet.

Most incredibly, those individuals who arrested Svetlana Davydova while she was still breastfeeding the youngest of seven children on charges of treason over a phone call to the Ukrainian embassy, probably also expected a career leap as ‘reward’. On that occasion, they miscalculated.

Here a man who had done everything according to the rules – or those rules he knew about – has been sentenced to 14 years for a CV.  The fact that he has young children was deemed a ‘mitigating factor’  - the prosecution had sought 15 years.